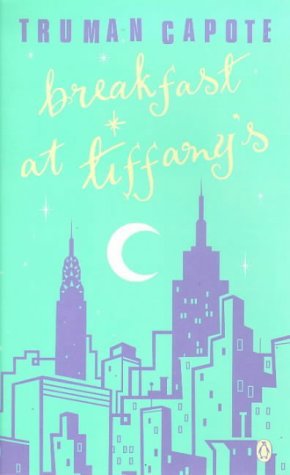 Despite being a long-time Truman Capote fan, Breakfast at Tiffany’s was one of those books that I just never got around to reading.

I’ve not seen the film either, although I cannot think of Audrey Hepburn without seeing her in my mind’s eye as the fabulously glamorous Holly Golightly. When a character from a book becomes known to you in this way, I think it’s fair to describe that character — and indeed the book — as iconic.

Perhaps, in some small way, I did not want to read the book for fear of spoiling the illusion. I needn’t have worried. Breakfast at Tiffany’s is a gorgeous light read (I was going to say frivolous, but I don’t think there is really anything frivolous about this book).

Holly Golightly, a young woman drifting through life as if it was one long holiday, is feisty and determined if a little naive. Alone in New York City, she blazes her way through the social scene, living it up in bars and holding parties in her East Side apartment. But she unwittingly gets caught up in a Mafia plot and before you can say “boo” she’s in trouble with the law.

On the face of it, Breakfast at Tiffany’s could be described as a fairly straightforward story about one girl’s adventure in the big city. But I think that’s too simplistic. 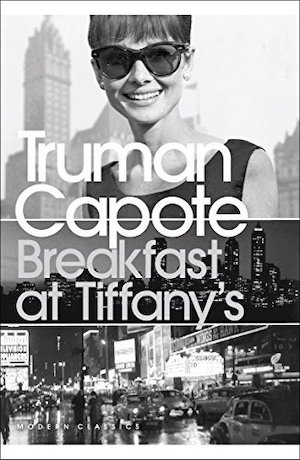 Written in 1958, it portrays a world in which women were invariably best seen and not heard, and totally reliant on men for money and worldly comforts. And yet Capote has created a female character that is largely independent and emotionally strong, although she’s vulnerable too (loneliness, depression and desperation are hinted at).

While she might be having a lot of fun, she’s also on the run from a past that is forever trying to catch up with her as she tries to find a place that makes her feel as happy as Tiffany’s does.

All in all, this short novella is a joy to read. Capote’s writing is typically rich and lyrical. He describes this woman in such a way that you get the sense he has based her on someone that intrigued him, that held some allure or had an aura of mysticism that left a deep impression.

My edition also contained three equally crafted, highly entertaining and unforgettable short stories – House of Flowers, A Diamond Guitar and the supremely moving and heartfelt A Christmas Memory – which demonstrate that Capote is equally at home writing short stories as he is at writing novellas.

‘Breakfast at Tiffany’s’ by Truman Capote, first published in 1958, is listed in Peter Boxall’s 1001 Books You Must Read Before You Die, describes the book as a “charmingly naughty fable” and one that established the author as part of New York’s glitterati.

5 thoughts on “‘Breakfast At Tiffany’s’ by Truman Capote”