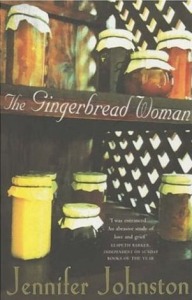 This beautifully succinct novel tells the story of two lonely 30-somethings, both coming to terms with personal tragedies, who forge a tentative — and rocky — friendship, almost by accident, on a cliff top overlooking Dublin Bay.

Clara, a freelance writer and lecturer who lives in a house filled with clutter and an overgrown garden, is recovering from major surgery and nursing a broken heart after a failed love affair in New York.

Meanwhile Laurence (Lar), a teacher from Northern Ireland, is mourning the loss of his wife and 10-month old daughter, who were killed two years’ earlier.

Both characters have much in common — they are dealing with loss and grief, and the claustrophobia of familial concern — but they deal with their problems in vastly different ways. Clara is outspoken, blunt to the point of rudeness and self-deprecating; Lar is filled with hate and quietly stewing in his own anger.

However, as the story gradually unfolds we see that it is Clara who finds it difficult to express herself, other than on the written page, while Lar opens up to strangers, expunging his guilt and pain like verbal diarrhoea.

With no real plot to speak of, the narrative force of this novel revolves around each character’s growth and journey to self-realisation. It is not a romance novel — the friendship between the two is purely platonic — but it is a novel about the fragility of the human heart.

Jennifer Johnston, who is an acclaimed writer in her native Ireland, is a master at drip feeding information so that the reader is never quite sure what is driving her characters to say and do certain things. Then a certain fact is revealed that slots neatly into place and everything suddenly makes sense. I am sure I said ‘a-ha!!’ out loud several times while reading this book as fragmented pieces of information began to join up in my head to form one cohesive — and intriguing — whole.

My only quibble is that I found it hard to believe that a single woman would invite a strange man, who is “sick in the head” as she puts it, to come and stay with her for a few days… but then maybe this just demonstrates Clara’s naivety and trusting nature, traits which have landed her in trouble in the past.

Ultimately The Gingerbread Woman is a very sad and emotional book, but it is a compelling tale about hope, second chances borne through friendship and human resilience in the face of personal tragedy. I loved this near-perfect book and did not want the story to end and will definitely be reading more by this wonderfully talented writer.

13 thoughts on “‘The Gingerbread Woman’ by Jennifer Johnston”