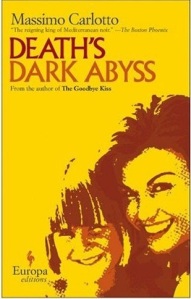 If you were the victim of a horrendous crime in which your spouse and child were murdered and you were later given the opportunity to dole out your own form of justice, would you do it? This is the premise behind Massimo Carlotto’s dark and disturbing Death’s Dark Abyss.

In this short but captivating novel, we meet two men — Raffaello Breggiato and Silvano Contin — bound together by a savage crime that took place 15 years earlier in which Breggiato murders Contin’s wife and child as part of a bungled jewellery robbery.

A decade-and-a-half into his life sentence, Breggiato is diagnosed with cancer. He writes to Contin from his prison cell, seeking a pardon so that he can live his last days as a free man.

But what ensues is a tale of twisted morality in which the victim, sick of turning the other cheek, seeks his own form of justice and retribution — with unexpected results.

Carlotto, who is billed as a “major exponent of the Mediterranean Noir novel”, is himself a former convict, having spent eight years in prison for a crime he did not commit. No wonder then that this book, his ninth, holds no punches when it comes to indicting a legal system in which victims are betrayed and criminals left to flounder without hope of rehabilitation.

I found Death’s Dark Abyss to be deeply disturbing if only because it portray a brutal, violent world in which it’s difficult to determine the difference between the good guys and the bad. But the prose — short, sharp, swift and stylish — and the plot — full of twists and turns — is so gripping I churned through the pages at such a furious pace it’s a wonder they did not burst into flames from the friction.

Crime aficionados, especially fans of American hardboiled noir, will find much to admire in this ruthless novel. But others who like their literature to be thought-provoking will find Death’s Dark Abyss, which raises more questions than answers about why ordinary people do extraordinary things, hard to resist.