Today’s guest is Anne from the blog Senior Common Room.

Anne lives in Birmingham, in the UK, and for most of her life has been involved in education in one form or another, although she did do a three year stint as a drama student before teaching 7-11 year olds and then moving into the university sector.

She took early retirement on health grounds five years ago and says that writing a blog is a wonderful way of keeping in touch with people when she’s not well enough to get out and about in other ways. 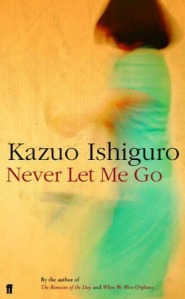 A favourite book: Never Let Me Go by Kazuo Ishiguro

This is the most remarkable book I’ve ever read. As I expect most of you will know, it is about three young adults looking back over their lives and coming to realise that they have been created specifically to service the needs of others in a particularly nasty way. What is so brilliant about this book for me is the way in which Ishiguro manages to make it seem as though we shouldn’t be questioning the ethics of what has been done to these people, while at the same time using empathy to insist that we do. The situation he describes (and I’m trying very hard not to give too much away in case anyone hasn’t read it) is so horrific that I could never read the book again, but nevertheless it is the most extraordinary feat of narrative control I have ever come across. 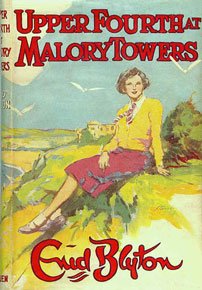 A book that changed my world: Upper Fourth at Malory Towers by Enid Blyton

I suppose it could have been any book in the series, but Upper Fourth at Malory Towers just happened to be the first one I read. I was brought up in one of Birmingham’s red light districts and my first job offer came from the local pimp. However, while I was reasonably flattered, I did turn him down because although most of my contemporaries left school at fifteen Blyton had taught me that a girl could do more with her life, she could go to university, she could have a profession, she could have a voice. The fact that I didn’t go to a posh boarding school or have a name like Darrell or Alicia or Felicity didn’t actually register. I knew what was possible and I was going to do it. I credit Blyton with my PhD.

A book that deserves a wider audience: Earth and Heaven by Sue Gee

This was the one that gave me the most trouble, but in the end I’ve picked Sue Gee’s Earth and Heaven as representative of a writer I think deserves a wider audience. This book is about a Slade-trained painter, Walter Cox, and his family in the aftermath of the First World War. It delineates the struggle of Cox and his friends as they attempt to create a world of beauty, one that never again will tear itself apart and damage its young in such an appalling manner. The reader’s anguish, knowing that such attempts are doomed to failure, makes this a very moving novel indeed. Gee is particularly skillful in her use of language to describe the natural world and I’m really looking forward to her new book, Last Fling, which is due out in May.

Thanks, Anne, for taking part in my Triple Choice Tuesday!

I read Never Let Me Go in 2005 and found it a frustrating read, probably because I thought it asked more questions than it answered. But I saw the film earlier in the year and found it quite a heart-rending story, much more so than the novel. I’m almost tempted to read the book again to see if it might have improved with age. As for Malory Towers, I’ve pretty much read all the Enid Blyton stuff — Famous Five, Secret Seven, Magic Faraway Tree et al — but never experienced this series. I’m not sure why. And Earth and Heaven has promptly gone onto the wish list — I do like a good Great War novel.

What do you think of Anne’s choices? Have you read any of these books?