Today's guest is Debbie from Exurbanis, who comments here on a regular basis.

Debbie and her husband moved to rural Novia Scotia in 2003 after being city people for decades. Her blog was created to detail the pleasures and pitfalls of making such a move.

"But my intent was also to feature some book reviews because, after all, what do you think we do on those long winter evenings if we’re not reading?" she says. "Exurbanis has now morphed into a mainly a book blog. My husband and I continue to enjoy living in the country with our assorted animals and family members." 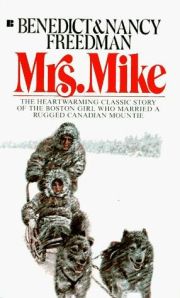 I first read this based-on-a-true-story novel when I was 12 years old. I was mesmerised by the story of Cathy, a so-grown-up 16-year-old who traveled in 1907 (only 60 years before I was reading it!) from her home in Boston to her uncle’s ranch in the wilds of Alberta, Canada. There she met and married a young North-West Mounted Police officer named Mike. The book chronicles their life among the Indians and trappers of northern Alberta, where Mike was the law, the dentist, sometimes the doctor, and often the only white man in the area.

Mrs. Mike is the first book that I can remember engaging me in historical fiction and lives beyond my world, but still flesh-and-blood real. I have reread this innumerable times over the course of my life and I recommend everyone read it at least once in theirs.

A book that changed my world: The Bible

No, don’t groan. If I’d said the Koran or the Vedas, you would probably have had a different reaction. And I’m not preaching — I’m just saying: it changed my world. It’s full of practical advice for everyday living, and it gave me a hope for a better future. 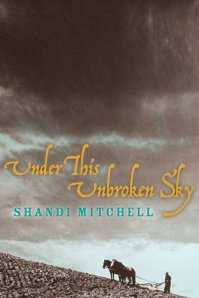 A book that deserves a wider audience: Under This Unbroken Sky by Shandi Mitchell

Shandi Mitchell is an award-winning Canadian director and screenwriter who spent her childhood on a military base in the prairies and now makes her home in Nova Scotia. She has written an astonishingly powerful tale about the life of Ukrainian immigrants on the harsh and brutal Canadian prairie in the late 1930s.

This one packs a punch you don’t see coming (or perhaps do see coming but are helpless to stop). I chose this as my book of the year in 2010.

Thanks, Debbie, for taking part in my Triple Choice Tuesday!

Having discovered some great Canadian literature last year, courtesy of my time on the Shadow Giller, I really like the sound of the two Canadian books listed here. I've already added them to my wishlist.

What do you think of Debbie's choices? Have you read any of these books?