Last month I went to Australia to visit family for four weeks. But that trip  seems a very long time ago now — especially as I am now immersed in loads of Canadian fiction.

As luck would have it, my return to London has coincided with a flurry of big-name Australian authors releasing long-awaited novels — why couldn’t they have released them all in the first week of September? Oh well, I would have never fitted them in my suitcase anyway.

Here’s five I’m looking forward to buying at some point — if they’re ever released in the UK or if I can scrape together enough cash to pay for international shipping charges!

The books have been arranged in alphabetical order according to author’s surname. 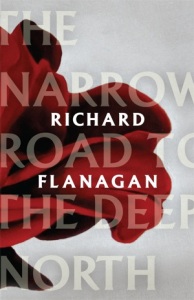 The Narrow Road to the Deep North by Richard Flanagan

“August, 1943. In the despair of a Japanese POW camp on the Thai-Burma death railway, Australian surgeon Dorrigo Evans is haunted by his love affair with his uncle’s young wife two years earlier. Struggling to save the men under his command from starvation, from cholera, from beatings, he receives a letter that will change his life forever. This savagely beautiful novel is a story about the many forms of love and death, of war and truth, as one man comes of age, prospers, only to discover all that he has lost. “

Published by Vintage Australia last month. There is no date available for the UK — as yet.

“Bobby Blue is caught between loyalty to his only friend, Ben Tobin, and his boss, Daniel Collins, the new Constable at Mount Hay. He understands the people and the ways of Mount Hay; Collins studies the country as an archaeologist might, bringing his coastal values to the hinterland. Bobby says, ‘I do not think Daniel would have understood Ben in a million years.’
Increasingly bewildered and goaded to action by his wife, Constable Collins takes up his shotgun and his Webley pistol to deal with Ben. Bobby’s love for Collins’ wilful young daughter Irie is exposed, leading to tragic consequences for them all. Miller’s exquisite depictions of the country of the Queensland highlands form the background of this simply told but deeply significant novel of friendship, love, loyalty and the tragic consequences of misunderstanding and mistrust. Coal Creek is a wonderfully satisfying novel with a gratifying resolution.”

Published by Allen & Unwin in Australia earlier this month. Not published in the UK until next March, but a Kindle edition is available on Amazon. 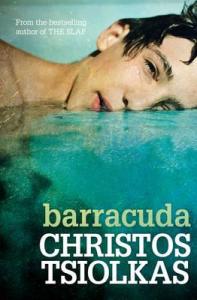 “Daniel Kelly, a talented young swimmer, has one chance to escape his working-class upbringing. His astonishing ability in the pool should drive him to fame and fortune, as well as his revenge on the rich boys at the private school to which he has won a sports scholarship. But when he melts down at his first big international championship and comes only fifth, he begins to destroy everything he has fought for and turn on everyone around him. Barracuda is a powerful and moving novel of sport and violence, class and education, dreams and disillusionment; it is the story of a young man who eventually comes to realise that it is in family and friendship that his strongest identity lies.”

Published in Australia by Allen & Unwin on 1 November, but not published in the UK until 2 January 2014. But international buyers can purchase the ePub edition from the Booktopia website.

“Tom Keely’s reputation is in ruins. And that’s the upside. Divorced and unemployed, he’s lost faith in everything precious to him. Holed up in a grim highrise, cultivating his newfound isolation, Keely looks down at a society from which he’s retired hurt and angry. He’s done fighting the good fight, and well past caring. But even in his seedy flat, ducking the neighbours, he’s not safe from entanglement. All it takes is an awkward encounter in the lobby. A woman from his past, a boy the likes of which he’s never met before. Two strangers leading a life beyond his experience and into whose orbit he falls despite himself. What follows is a heart-stopping, groundbreaking novel for our times – funny, confronting, exhilarating and haunting. Inhabited by unforgettable characters, Eyrie asks how, in an impossibly compromised world, we can ever hope to do the right thing.”

The Swan Book by Alexis Wright

“The new novel by Alexis Wright, whose previous novel Carpentaria won the Miles Franklin Award and four other major prizes including the ABIA Literary Fiction Book of the Year Award. The Swan Book is set in the future, with Aboriginals still living under the Intervention in the north, in an environment fundamentally altered by climate change. It follows the life of a mute teenager called Oblivia, the victim of gang-rape by petrol-sniffing youths, from the displaced community where she lives in a hulk, in a swamp filled with rusting boats, and thousands of black swans driven from other parts of the country, to her marriage to Warren Finch, the first Aboriginal president of Australia, and her elevation to the position of First Lady, confined to a tower in a flooded and lawless southern city. The Swan Book has all the qualities which made Wright’s previous novel, Carpentaria, a prize-winning best-seller. It offers an intimate awareness of the realities facing Aboriginal people; the wild energy and humour in her writing finds hope in the bleakest situations; and the remarkable combination of storytelling elements, drawn from myth and legend and fairy tale.”

Published in Australia by Giramondo Publishing Co last month. Not published in the UK, but a Kindle edition is available on Amazon.

Please note that the release dates quoted for the UK are subject to change.

Are there any on this list that have piqued your interest?