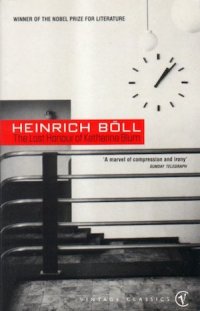 First published in Germany in 1974, The Lost Honour of Katharina Blum is widely regarded as a German classic — indeed it’s listed in Peter Boxall’s 1001 Books You Must Read Before You Die, where it is described as a dark morality tale about the “unscrupulous sensationalism of the mass media”. I think it could also be described as an examination of a misogynistic society hellbent on keeping women in their place and denying them the right to lead independent lives.

This short but powerful novella charts the downfall of Katharina Blum, a strong, independent woman, who meets a man at a party and takes him home, not realising he’s a wanted criminal. When he goes on the run, she is interrogated by the police who insist she’s an accomplice to his crimes even though she had never met him before. The city newspaper drags her name through the mud, portraying her as a whore and a communist. Her reputation in ruins, Katharina is forced to take drastic action, shooting the reporter who has distorted her story out of all proportion.

Written in a dry, somewhat detached style employing an omnipresent narrator, I can’t say that I was immediately grabbed by the story. But the message is a powerful one — and still rather relevant in today’s climate of social media shaming and bullying.

Longlisted for this year’s Giller Prize, I read Patrick DeWitt’s Undermajordomo Minor for my Shadow Giller Jury obligations and found it an enjoyable, if somewhat surreal, romp hugely reminiscent of the kind of kooky fables that British writer Magnus Mills pens. The sinister elements of the story reminded me a little of Bram Stoker’s Dracula, but it’s not a horror story per se, more a dark, often very funny, Gothic fairy tale set in an unnamed country in an unspecified era.

The tale begins when one young man, Lucien (or “Lucy”), moves out of the family home to begin a new job — and life — working as a helper for the old “majordomo” of a creepy castle in a distant village. Lots of strange and unexplained things happen to Lucy, who befriends some local thieves and falls in love with a pretty girl, whom he woos using every trick in the book.

There’s no real plot line — the story works on character and a series of kooky set pieces — but it’s a fun, if somewhat unsettling (and occasionally violent) read from the author of The Sisters Brothers.

Patrick Gale’s A Place Called Winter is epic storytelling at its best. Written with warmth and great sensitivity, it charts the formative years of Harry Crane, a shy, stuttering gentleman of independent means, in Edwardian London, before a sex scandal forces him to abandon his wife and young daughter for a new life on the Canadian prairies.

The book opens with a middle-aged Harry undergoing treatment in an experimental sanatorium, but we do not know how he got there or what condition he is being treated for. The story then flashes back to his earlier life, and these two narrative threads — a current story framed by flashbacks — alternate to provide a rich tapestry of Harry’s life and search for self discovery.

Admittedly, this kind of story isn’t normally my cup of tea, but I enjoyed the change of pace and found the writing style reminiscent of Anita Shreve, who is one of my go-to authors. The book has been shortlisted for this year’s Green Carnation Prize and the 2015 Costa Novel Award.

‘Terra Nullis: A Journey Through No One’s Land’ by Sven Lindqvist 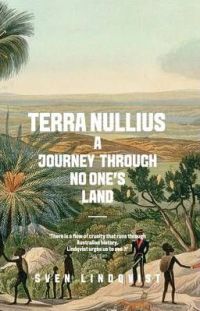 Proving that my reading tastes are wide-ranging, this non-fiction book explores my interest in the issue of racism against Aboriginal Australians. First published in Sweden in 2005, it charts the history of black and white relations in Australia from the first point of contact in the 18th century to the current day.

The author Sven Lindqvist, an accomplished essayist and journalist, seems to have made a name for himself writing about cultural genocide (he has written similar books about black and white relations in Africa), and much of what he covers here makes for uncomfortable reading. Yet sometimes his passion (and fury) gets a little overwrought, and detracts from the important message at the book’s heart.

But on the whole, I found this an eye-opening read. Part entertaining travelogue, part searing polemic, it’s certainly one of the most thought-provoking books I’ve read all year.

‘Daydreams of Angels’ by Heather O’Neill 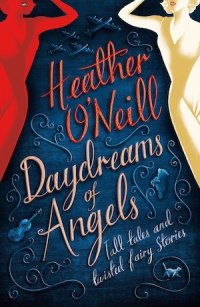 I’m familiar with Canadian writer Heather O’Neill having read and reviewed two of her previous novels, Lullabies for Little Criminals and The Girl Who Was Saturday Night, but Daydreams of Angels is a slight departure for her, because it’s a short story collection. I read it because it was shortlisted for this year’s Giller Prize.

The book is subtitled “Tall tales and twisted fairy stories” and that’s a pretty good description for the contents:  there are 21 stories about cherubs, talking bears, cats that dye their own fur and children who fend off marriage proposals, amongst others. Most are set in Montreal, others on the battlefields of World War Two. Some are surreal, others more grounded in reality.

The writing is sharp and witty, filled with wonderful descriptions of places and atmospheres, and the author has a particular “thing” for a clever simile — for instance:

“When a car of boys slowed down next to her on the sidewalk, she leaned in the window and wiggled her butt back and forth as she talked to them, like a bumblebee getting nectar out of a flower”

But on the whole I found the voice too similar throughout so that there was nothing to separate one story from another, and now, almost two months on, I find that nothing really stands out in my mind. I rated it pretty low against the other books on the Giller Prize shortlist, though my fellow jurors begged to differ…