Today’s guest is Tony Messenger, from Australia, who blogs at Messenger’s Booker (and more).

Tony’s blog began by looking at Booker Prize shortlisted novels, but has since morphed into “a search for the best writing from the whole planet” and covers a wide range of fiction, essays and poetry.

A favourite book: 2666 by Roberto Bolaño

The answer to this question shifts and it can shift hourly. My favourite book depends upon my mood at the time I’m asked; if I’m grumpy I’d probably answer with something gloomy, brooding and dark – I’ve been reading a lot of Edgar Allan Poe recently so he would probably feature. The answer would also depend on the time of year the question was asked. You don’t want to be reading Dante’s Inferno at the peak of Australia’s summer, nor would Jon Kalman Steffansson’s trilogy (Heaven and Hell, The Sorrow of Angels and The Heart of Man) work in the depths of winter – astute readers would note the Dante Divine Comedy link here.

It would also depend on who is asking me the question; I’d not call out anything by Karl Ove Knausgaard to a feminist, nor Borges, Bernhard or Trakl to somebody whose favourite book is The Girl on the Train. Another influence would be to answer completely opposite to what people are expecting, a literature nut would probably want to debate the intricacies of a work so I’d throw in something obscure like Mushtaq Ahmed Yousufi’s Mirages of the Mind, the only book I’ve read that was translated from Urdu, knowing full well they wouldn’t have read it – I’m not into power games on intelligence or will.

Other influences could be the political agenda that needs addressing. There are a raft of women writers I enjoy, so if the person asking the question generally only reads Rushdie or Carey and thinks they are “worldly” I’d call out Olga Tokarczuk, from Poland, or Mexican Valeria Luiselli, who is pushing storytelling boundaries, playful but readable or another Mexican, Inés Arredondo, whose work focuses on marginalised peoples (generally women!)

Other times it is simply based on what I have been experiencing. After spending a month in the centre of Australia, remote with no telecommunication, no power (basically off the grid), there would be no point calling out Marlow’s personal journey of self discovery in Joseph Conrad’s Heart of Darkness, but if I’d been stuck for a while in my urbanity, I’d probably call out Zen monk’s Japanese Death Poems (edited by Yoel Hoffman) or something contemplative by Kenzaburo Oe.

But if you MUST have a single book, one that fits all of the criteria, it would be Roberto Bolaño’s 2666 for the sheer depth and audacity, crossing genres it can be seen as “incomplete” but like life, not everything makes up a whole, our search is for unity, you won’t find it here. Written in five disparate, but linked (can you have linked disparities?) parts, it is part mystery, part social commentary, part realism shattering, part philosophy…. A multi-lensed novel that is always unexpected, with the foreground suddenly slipping away to nothing and the minor player becoming the feature, it reflects our personal life journey. Although 900 or so pages, it is very much worth making the effort.

Ask me next week and the answer will be different. 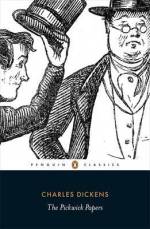 A book that changed my world: The Pickwick Papers by Charles Dickens

As a 14-year-old I was asked what I was reading by my English teacher, and replied with Dickens’ first novel. Other kids probably weren’t reading but answered with the usual 1970’s kids titles. Thereafter the teacher used to ask me privately what I was reading and why, and would make some wonderful suggestions. It was through this experience that I became an avid reader and from that one who was confident in my understanding of narrative structure and therefore sought out works that challenged the norm.

For the past four years I have very much focused on literature in translation, as it gives me the cultural keys to a nation. For example, I recently spent three months solely reading works from central America and Chile. My understanding of the regime under General Pinochet, or the role of the Sandinistas in Nicaragua, or writers in exile in Mexico, gave me an appreciation of other cultural pressures, influences and concerns.

To think that this body of knowledge, which sits pretty much in my brain and nowhere else (my perception, interpretation of course, not the ability to read the same things), all stemmed from reading an 1830’s serialised novel and an attentive school teacher.

A book that deserves a wider audience:  The Unknown Industrial Prisoner by David Ireland

People should read more poetry. Poetry predates literacy. If people read more poetry the ridiculous fuss that was made when Bob Dylan was named Nobel Laureate may not have been so ignorantly based. I’m fully for people having a differing opinion, and being able to express their concerns or disagreements, but when they just stupidly bemoan the Dylan announcement because “it’s not literature” then I get upset, and when it comes from those same people who think they’ve experienced world literature by reading Rushdie, Carey or Ferrante, then I get even grumpier.

If I was to name a single book though, not just “more poetry”, I’ve given a few hints in my answer to my favourite book, however I am always on the lookout for Australian writers who would push the boundaries. Having lived in Australia for 51 of my 54 years I’m pretty much an Aussie and I am a little dismayed that although we have a vibrant, thriving arts community, the amount of genre-bending work is pretty much impossible to find. Reading recent poetry collections by Michael Farrell, David Musgrave and Alan Loney have proven that this nation has the talent to write and can write in 2016, not simply be chained to some mythical colonial past. In the novel stakes the best sellers from Australia I find utterly devoid of any depth, the popularity of works such as The Rosie Project greatly disappoints me.

I’m currently reading David Ireland’s new novel The World Repair Video Game, a book published by Island Magazine in Tasmania and limited to 350 copies. Here is a writer, 89 years of age, who has won Australia’s honoured Miles Franklin Award three times (1971 for The Unknown Industrial Prisoner, 1976 for The Glass Canoe and 1979 for A Woman of the Future), who struggled to get a work published for the past 28 years. This “myth” that his writing is dated, as we move into politically correct times, is a shock to me, and if somebody who has been appointed as a Member of the Order of Australia (in 1981) for his contribution to literature can’t get his book published in 2016 then what hope is there for writers who don’t pump out the formulaic works that fill those best seller shelves at airports and shopping malls?

It’s a bit rough calling out a book that deserves a wider audience when there are only 350 copies on the planet and they’ve all been sold, even though it is the book I would like to put here. But have a look at some of his earlier works such as The Unknown Industrial Prisoner. A contribution to the social fabric that is our nation today, he called out the “industrial adolescence” in 1971. Have we moved on from there in 2016?

Thanks, Tony, for taking part in my Triple Choice Tuesday!

Some interesting choices. I’d like to second the suggestion that David Ireland deserves a wider audience — I read The Glass Canoe in 2013 and found it incredibly confronting, presenting as it does a very misogynistic world, but it was also totally compelling and I loved the refreshing structure of it. I went on to buy a couple more of Ireland’s novels (including the one Tony has singled out here) but am yet to read them.

What do you think of Tony’s choices? Have you read any of these books?