Today’s guest is Caroline, who blogs at Beauty is a Sleeping Cat.

Caroline is Franco-Italian and lives in the German-speaking part of Switzerland and the UK with her British partner and their two black cats.

She is a writer, translator, copy-editor, proofreader and Bach Flower Practitioner. 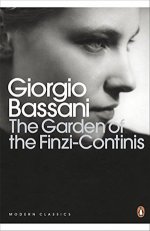 A favourite book: The Garden of the Finzi-Continis by Giorgio Bassani

Surprisingly, this wasn’t a difficult choice. Giorgio Bassani’s The Garden of the Finzi-Continis is such a melancholic, mournful story. When we look back on an enchanted time that’s long gone, on people we loved, but don’t see any more, we’re often filled with a mix of sorrow, regret and joy. Now imagine a narrator looking back on exactly that – enchanted moments and first love, insecurities and hesitation – and add to that the Holocaust. It makes the narrator’s past so much more tragic and irretrievable. And the uncanny thing is the reader knows from the beginning that the characters in the story are doomed. We know the whole time that they will die. Set InFerrrara, in the late thirties, The Garden of the Finzi-Continis tells the story of an aristocratic Jewish family.

A book that changed my world: My Life by Isadora Duncan

I could have picked many titles here but I decided to choose Isadora Duncan’s autobiography My Life. It definitely has changed my life because it made me discover my love for a genre — memoir — and also because it showed me what it is like to live a life according to your own rules. Isadora was ahead of her time in so many ways. She didn’t only revolutionise dance, she also lived an unconventional life. She was such an original, such an eccentric. What I loved best is how enthusiastic she was about her projects and how infectious that was. She just swiped along everyone — her family, her friends, her lovers. I think it was this enthusiasm that helped her survive the tragedies that befell her. It’s unbelievable what she had to endure. Her death, like her life, was out of the ordinary and when you read her memoir, it makes you shiver to think that the one thing she was famous for — the scarves she used in her dances — led to her death.

A book that deserves a wider audience: Comment faire l’amour avec unnègre sans se fatiguer (How to Make Love to a Negro Without Getting Tired) by Dany Laferrière

Another category that wasn’t easy. Dany Laferrière’s  Comment faire l’amour avec unnègre sans se fatiguer – How to Make Love to a Negro Without Getting Tired was my first by this author and it made a huge impression. When I read it in the 90s nobody would have thought a Haitian author would become a member of the Académie Française [the pre-eminent French council for matters pertaining to the French language]. But it happened. He was elected in 2013.

Sadly, most of his books haven’t been translated, just like most Haitian literature hasn’t been translated. The few authors English-speaking people get to read mostly write in English. However, Laferrière’s very first novel, the hilarious, irreverent, naughty and clever How to Make Love to a Negro Without Getting Tired has been translated. I’ve never seen it mentioned anywhere and really hope people would pick it up and read it. Maybe that way his other novels would be translated as well.

How to Make Love to a Negro Without Getting Tired is such an exuberant novel. Very autobiographical. It tells the story of a young Haitian man who has moved to Canada where he doesn’t exactly feel welcome. It’s a rant and a hoot and like nothing I’ve ever read by any other author.

Thanks, Caroline, for taking part in my Triple Choice Tuesday!

There’s some really interesting choices here. I’ve had The Garden of the Finzi-Continis by Giorgio Bassani in my TBR for, oh, about 10 years! Now I’m eager to pluck it from my shelves for a read. Memoir is one of my favourite genres, too, so I like the sound of Isadora Duncan’s My Life. And thanks for recommending such an interesting book that deserves a wider audience: I don’t think I’ve ever read anything by a Haitian writer before, so this sounds like a great place to start.

What do you think of Caroline’s choices? Have you read any of these books?

13 thoughts on “Triple Choice Tuesday: Beauty is a Sleeping Cat”