I always love this time of year. It’s not only a chance to put my feet up (and read a few extra books), it’s also when I look back over my reading year to choose the 10 books that made the biggest impression on me.

This year wasn’t a typical reading year. My day job really ate into my time, and when I did have the time, my brain was too tired to focus on reading.

Or at least that’s the impression I had until I looked back over this blog and my GoodReads account to see that I’d actually read 74 books (10 more than 2016). Interestingly, 90 per cent of those were from my TBR — in other words, books that I’d purchased myself rather than review copies supplied by publishers.

Over the course of the year I gave myself a few projects. I read the entire shortlists for the:

(And agreed with all the winning choices, which have made my top 10 below.)

I also took part in 20 books of summer (though I only read 15) and read 10 books by Australian women writers as part of the 2017 Australian Women Writers’ Challenge.

Unsurprisingly, my top 10 favourite reads of the year are a mix of fiction by mainly Australian, Canadian and Irish writers, and because I really delved into my TBR, there’s less reliance on new books, with several being published in the 1950s and 60s.

So here’s my list. The books have been arranged in alphabetical order by author’s surname. Hyperlinks will take you to my full review.

Bird in a Cage by Frédéric Dard (1961)
A cleverly plotted tale of suspense (and murder) set in Paris on Christmas Eve.

My Name is Leon by Kit de Waal (2016)
Bittersweet coming of age story about a mixed race boy going into foster care in the 1980s. Winner of the 2017 Kerry Group Irish Novel of the Year Award.

Smile by Roddy Doyle (2017)
A deceptive and compelling novel about a middle aged Irishman coming to terms with his past. 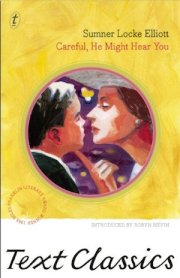 Careful, He Might Hear You by Sumner Lock Elliott (1963)
Set in Great Depression era Sydney, this warm-hearted and rambunctious novel explores one family’s emotional tug-of-war over a six-year-old boy.

In a Strange Room by Damon Galgut (2010)
Lush, hypnotic novel that explores longing and desire through the prism of travel. 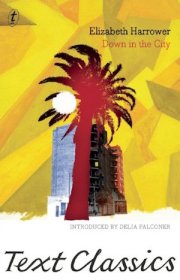 Down in the City by Elizabeth Harrower (1957)
Disturbing story of an unlikely marriage between two people from opposite ends of the social spectrum. 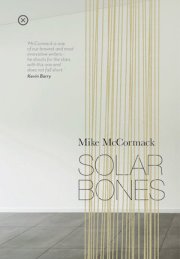 Solar Bones by Mike McCormack (2016)
Award-winning stream-of-consciousness novel that charts one man’s struggle to be a good father, brother, son and husband.

Beastings by Benjamin Myers (2014)
Gothic horror story about a priest and a poacher pursuing a woman, who’s stolen a baby, across the wild and windswept landscapes of northern England.

Bellevue Square by Michael Redhill (2017)
This year’s Giller Prize winner (and Shadow Giller winner) begins as a psychological thriller before morphing into a mesmerising tale about medicine and mental illness.

The Museum of Modern Love by Heather Rose (2017)
This year’s Stella Prize winner asks what is art and what is its purpose, framing the story around a real-life performance art exhibition staged in New York by Marina Abramović.

Have you read any from this list? Or has it encouraged you to try one or two? What were your favourite reads of 2017?