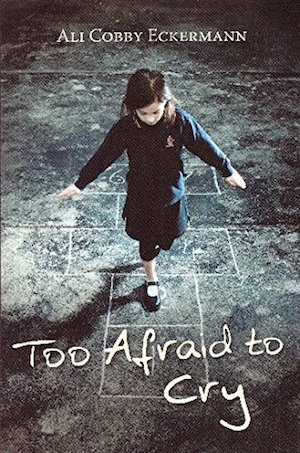 Ali Cobby Eckermann, a poet of indigenous heritage, was not a name familiar to me until she won the international Windham-Campbell Literary Prize for Poetry in 2017.

Five years earlier she had published her memoir, Too Afraid to Cry, which I purchased on my recent trip to Australia.

It’s a rather brave and beautiful book, one that charts the very personal impact — both good and bad — on a young child taken from her aboriginal family and raised within a white one, what we now know as the Stolen Generations. (You can read more about that shameful part of Australian history in this Wikipedia entry.)

In stripped back, almost skeletal (and sometimes pedestrian) prose, Cobby Eckermann tells us what it was like to never quite know where she belonged, how she buried her problems in drink and bumbled her way from one disaster to another until she decided to trace her birth mother and reconnect with the aboriginal family she never knew.

While detail is often scant and the reader is left to fill in the blanks — Too Afraid to Cry is very much a broad brushstrokes type of memoir and some chapters are only a page long — it’s a wonderful tale of perseverance and hope.

A search to belong

Cobby Eckermann was born in 1963. She was adopted as a baby and grew up in a loving family with three other adopted siblings on a farm in northern South Australia. But she was molested by a family friend and later abused by her foster brother’s friend, secrets she kept to herself and which clearly took a toll on her psychological well-being.

At school she was bullied and suffered racist taunts, but she was a promising athlete and a good student. As a teenager she succumbed to drink and was prone to violent outbursts. She left with no qualifications aged 17, moved out of home and spent the next two years in an abusive relationship.

When she returned home she found out she was pregnant. She gave birth to a baby boy, whom she adopted out, and then she spent the next decade working a series of often manual jobs, until she retrained as an office manager and found work managing an arts centre in outback Australia.

Her writing career, which took off in 2009 when she entered a poetry competition, is not detailed in this memoir. But her poetry is dotted throughout. This poem is possibly my favourite and a good one to end on:

grew up in the white man’s world

We lived in a square house we picked fruit and vegetables

from a neat fenced square plot

we sat on square chairs

I slept in a square bed

One day I meet my mother

this time I sit down with family

is part of my Life Circle

the Square within me remains

The Square stops me in my entirety.

20 thoughts on “‘Too Afraid to Cry’ by Ali Cobby Eckermann”