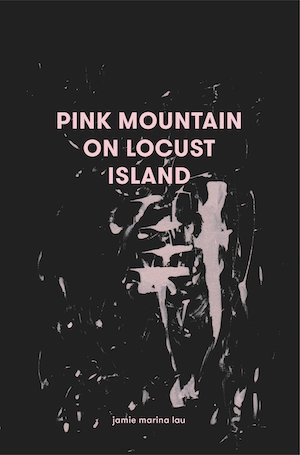 Jamie Marina Lau’s debut novel Pink Mountain on Lotus Island has been shortlisted for this year’s Stella Prize. The judges claim that “this book is like nothing you have ever read before — a kaleidoscope of colours, smells and fragments of life observed by a teenager in a Chinatown somewhere in an unknown city”.

In my case, they are only partly right: I *have* read books like this before, because there is nothing new under the sun and all literature is in some ways influenced by all that has gone before.

Lau’s story of a troubled lonely teen living with a drug-addicted father has echoes of other novels in it — J. D. Salinger’s 1951 novel The Catcher in the Rye, for instance, or, more recently, Katherine Faw Morris’s Young God. This, I hasten to add, is not a criticism of the book, just an observation.

A novel of vignettes

Told in a fragmentary style structured around a series of short vignettes — most chapters are no more than two pages long, some contain just a single sentence — the story is about 15-year-old Monk navigating the world largely on her own. Her mother has fled to Shanghai and her father, a washed-up artist, spends his time zoned out on Xanax and alcohol, lying on the couch in front of the TV.

When she introduces her father to Santa Coy, a 19-year-old artist she has befriended, the pair hit it off to the point of excluding Monk. Little does she know they’re passing off Santa’s paintings as her father’s, which will lead, eventually, to a violent reckoning.

Meanwhile Monk, free to do her own thing, gets drawn into a dangerous world of pimps, drug addicts and wild parties. Her naivety is alarming, but not even her well-meaning Aunt can keep her under control.

Admittedly, the chopped-up nature of the story makes it a fast-paced gallop of a read, but I had some issues with it.

Some of the writing feels over-worked to the point of being completely nonsensical.

We sit on top of the Commodore and pretend the heatwaves are different types of canine growls.

There’s an over-reliance on mentioning people’s mouths, lips, smiles and grins. Once I noticed these constant references I couldn’t help continuing to notice them: they are everywhere — in fact, the word mouth is used 24 times and lips are mentioned 40 times! (The tally for smiles is 19, grins 16.)

And finally, some of the editing is a bit messy. Every good editor should know you don’t need a hyphen to describe a “nearly-empty burger” because the “ly” does the job of the hyphen.

Another example of bad editing is the missing comma in the following sentence, which makes it sound like Monk is drinking soda AND batteries:

I’m on my computer, drinking fizzy orange soda and batteries do nothing if you put them in the refrigerator.

And the following doozy, which sounds like Monk’s boobs are about to walk out the door!

My boob top has been tugged down so that I’m popped out on one side and I lie on my stomach until they’ve both gone out the door.

Much of the writing is clever and highly original. It makes you sit up and take notice. Her similes, of which there are many, are very good. Here is a selection I highlighted because I thought they were imaginative and unique:

There’s a good sense of humour at work here, too. There’s a laugh-out loud scene where Monk’s dad drops her off at school:

My dad pulls up to the curb. Hurry up, he says. It’s no standing here. He throws himself across the passenger seat and opens the door for me. It dents into the pavement. It’s stuck I tell him, looping the sack around my body. Then get it out! It’s no standing here. It’s a tug of war between the pavement and my underarms. The door making scraping noises. He warns me: don’t break the car. I pull in smaller tugs. He tells me: hurry up, this is no standing. I tell him: maybe drive forward a little. Not with half your body and legs hanging out of the car, I won’t. Pull your legs in, hurry up, this is no standing. I hold my sack tight. This is like a constable’s arrest. The bottom of the door snaps off like a biscuit.

And this scene, in which Monk criticises Santa Coy’s choice of clothing, had me laugh out loud:

I tell him he isn’t on a catwalk in 1994 of the spring season DNKY, you can’t dress like this. His facial expression jumps, wow. He crosses his arms, raising his brows. He asks me, you into fashion? I tell him yes, as a matter of fact fashion is my whole life. His face is a giant ticking smirk. He says: then you’ll know it’s pronounced D.K.N.Y., not ‘dinky’, dinky.

Pink Mountain on Lotus Island is an innovative, unexpected and sometimes surprising novel, but I wasn’t completely convinced by it. That said, the author is only 21, so this definitely marks her as a young talent to watch.

This is my 4th book for #AWW2019 and my 3rd for the 2019 Stella Prize shortlist. This one is available as an eBook in the UK, though expect to pay a hefty price for the paperback edition.