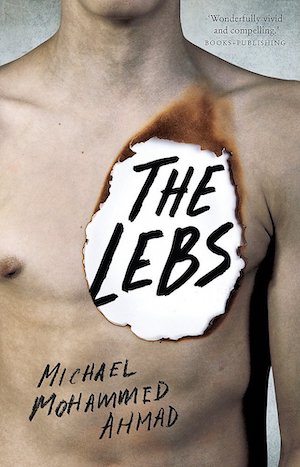 Michael Mohammed Ahmad’s novel The Lebs is a hard-hitting look at what it is like to grow up in Australia as the Muslim son of Lebanese immigrants.

Set in an all-boys school in Sydney in the late 1990s, it’s a potent mix of profanity, sex, lust, religion, racism, misogyny and hypermasculinity.

It’s not an easy book to like. There are many confronting scenes and the language doesn’t pull its punches. Women are largely seen as sexual objects and there’s a dark undercurrent of racism running underneath it.

But this feels like an authentic world, a world in which teenage boys are full of bravado and hormones, where being different is to become an outcast, where bullying, peer pressure and tribal violence is the code by which everyone lives.

Trying to fit in

The narrator, Bani Adam, tries to fit into this world but even though all the students at Punchbowl Boys School are of Middle Eastern extraction like himself, he is uncomfortable being seen as yet another “wog boy”. He believes he is better than everyone else around him, more romantic, more academic, more akin to being Australian than Lebanese.

They’re calling me a house nigger again. I feel no shame in such names. The only shame is that I look like them, I have black eyes and black curly hair and a flat nose; I am not born with the blond hair and the blue eyes and the small, sharp nose of the man inside the television, this man who uses the alias Brian Spilner.

This is a world without parents but whose influence is everywhere, in their cultural reference points, their religion, their views on women, the ways in which they’re expected to live their adult lives.

Bani, keen to break free of the shackles of his ethnicity, discovers that his love of literature can earn him the attention of the female teacher whom he’s got a crush on. It can also help him escape the predictable working class life proscribed by his background. But when he gets a piece published in a literary magazine he keeps the news to himself in the mistaken belief that “real” writers shouldn’t have to promote themselves.

Escape from his peers

In his late teens he discovers boxing, which helps channel his aggression in a positive way, but sets him further apart from his fellow students.

The day after the fight [his first amateur boxing bout, which he wins] I run into Osama on the corner between Haldon Street and The Boulevard, right in front of the African hair salon where I once conked my black curly hair into White straight. Osama’s cheeks bulge when his gaze locks onto me. My fists tighten, dry blood along my knuckles ripping open, and I step up into his chest. A drop of sweat runs down the centre of Osama’s forehead — he knows there is something different about me, that if he speaks I’ll punch a hole through his face. And then he just nods his head and walks on. It’s over. I am free. Free at last. Allahu Akbar, I am free at last!

He finishes school but doesn’t get the grades to get into university. His contact at the literary magazine hooks him up with some community arts work and he accepts immediately, thinking it’s “the first real opportunity in my life to associate with a different race and class of people than Lebs: White writers and actors — and artists — who are progressive and civilised like me!”

But the role — creative development work for a yet-to-be-written play about “Arabs and Muslims and men” — is just a means to mine his ethnic background. And the people he is working with are far from civilised…

Comparisons to Christos Tsiolkas’ work are pretty spot on: both writers craft bold, daring and controversial fiction. Not everyone will like Ahmad’s work, but I found this a dizzying, vividly alive and thought-provoking look at an unfamiliar world.

The Lebs has just been shortlisted for the 2019 Miles Franklin Literary Award.

This is my 2nd book for #20BooksOfSummer and my 21st for #TBR40. I purchased this book on my trip to Australia last year after a few people recommended it to me as a title that was getting a bit of publicity. Sadly, that copy is still in London as I couldn’t bring my entire TBR with me to Western Australia, but I borrowed this one from Fremantle Library when I joined it last week in an effort to buy fewer books and read more borrowed ones!

12 thoughts on “‘The Lebs’ by Michael Mohammed Ahmad”