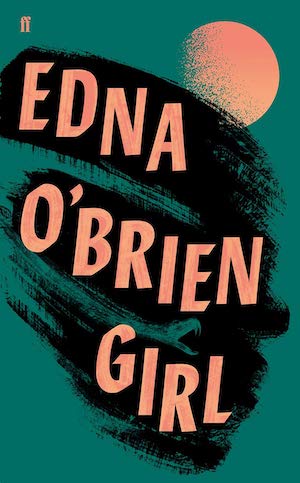 Edna O’Brien specialises in writing about ordinary people — usually women — being thrust into extraordinary, and often dangerous, situations, then examining how things play out. (See In The Forest, published in 2002, and The Little Red Chairs, published in 2015.) Her latest novel, Girl, is cut from a similar cloth.

In this short novel, which has been longlisted for the Women’s Prize and shortlisted for the 2020 Kerry Group Irish Novel of the Year, O’Brien tells the tale of a Nigerian schoolgirl captured by the militant Islamist group Boko Haram.

I was a girl once, but not any more. I smell. Blood dried and crusted all over me, and my wrapper in shreds. My insides, a morass. Hurtled through this forest that I saw, that first awful night, when I and my friends were snatched from the school.

A frightening and often disturbing story, Girl reveals the depths of humanity’s dark heart and puts the reader in the shoes of Maryam, a teenage girl confronted by an unimaginable horror: stolen away from her family and made to live among violent, sexually depraved men with little to no hope of escape.

Of course, she does escape (otherwise there wouldn’t be much to write about) and her journey to freedom is almost as perilous and fraught as her life in captivity. Burdened with a baby and accompanied by Buki, another kidnapped teenage girl, she is forced to live by her wits, to scrounge for food in the forest and to keep her eye out for savage men in pursuit.

It is deeply telling that when she comes across a local nomadic tribe willing to provide shelter, their kind offer of help is soon withdrawn when they realise how dangerous it is to hide Maryam.

I was sitting on the bed when Madara came in. There was something wrong. […] She spoke standing and her voice was firm. ‘When the women went to the village this morning, the vendors at first refused to speak or do business with them. Word had got out that we were hiding a militant’s wife and child. Everyone down there is in terror. They know what will happen. Their gods will be confiscated, their stalls burned down and they themselves slaughtered. Then the Jihadis will come here for us, they know how to find us, they know every inch of this forest. They will destroy everything. They will take our herd. There will be nothing left of us.’
‘I will go,’ I said, half rising, wanting to thank her for the endless kindnesses, but she rebutted it.

This is an extraordinarily powerful tale, fast-moving and often confronting, but written with an exacting and sensitive eye. (O’Brien, who is in her 80s, visited Nigeria twice to research the novel and met survivors of Boko Haram’s cruel activities, so there’s a real ring of authenticity to the story.)

I liked that it didn’t get too bogged down in the machinations of the sect, but looked at the impact on one girl’s life during and after capture, shining a light on the terrible injustices and prejudices against women but also showing how a tenacious spirit can overcome the worst of what humanity throws at us.

I came away from this novel not downhearted or dispirited but feeling a sense of optimism for Maryam and the future ahead of her.

Reviewers dubbed O’Brien’s previous novel, The Little Red Chairs, her masterpiece, but I think they got it wrong. In my opinion, that accolade belongs to Girl.

This is my 3rd book for the 2020 Kerry Group Novel of the Year Award.