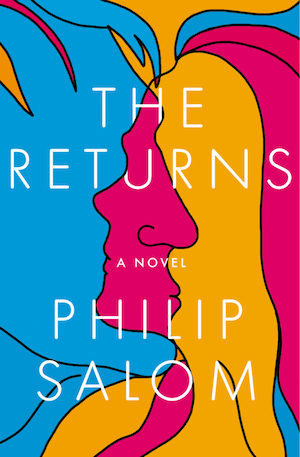 Philip Salom’s The Returns is about two middle-aged people in inner-city Melbourne who become housemates and develop an unlikely friendship. It has been shortlisted for this year’s Miles Franklin Literary Award.

It has everything I could wish for in a literary novel. Eccentric, middle-aged characters with unusual backstories. Geat dialogue and wry, understated jokes. A bookshop setting. A character who is an editor. Another who is a would-be artist. Lots of mentions of food and cooking. References to things — books, films and places — that I know well.

And yet something about this novel just did not gel for me. I struggled to connect with the story.

The Returns revolves around two people whose lives have not panned out the way they might have expected. Both have successfully reinvented themselves after career setbacks, but neither is truly happy.

Elizabeth is a freelance book editor who divides her time between her work in Melbourne and looking after her aged mother in Ballarat. She has an adult daughter she very rarely sees. Most of her spare time is spent obsessing over her diet and what she puts in her mouth. She has prosopagnosia, which means she is  incapable of remembering and recognising people by their faces.

Trevor is a bookshop owner with a penchant for cooking who once longed to be an artist. He survived a nasty car accident and now walks with a limp. His marriage has run its natural course but he is still living with his wife, albeit in separate bedrooms. He is effectively stuck in a rut, going to work every day, dealing with difficult customers, then coming home to cook dinner for his ex-wife.

The pair meet when Elizabeth collapses near Trevor’s bookshop. Her unhealthy obsession with healthy eating means her blood sugar is dangerously low. Trevor rescues her, and later she returns to ask him to put an advertisement in his shop window. She has a spare room in her house she wants to rent out.

Trevor recognises this as an opportunity to move out of the marital home and start afresh. The added bonus is that Elizabeth has a shed in her back garden which would be perfect to use as an art studio, giving him the chance to rekindle his thwarted artistic career. And so Trevor becomes Elizabeth’s lodger.

Getting to know each other

Not much happens plotwise in The Returns. Much of it revolves around two characters getting to know one another, the uneasy tension giving way to trust and friendship. Salom takes his time to flesh this out, using wry humour, well-versed conversations and detailed set pieces to show how each character becomes acquainted with the other.

Their individual perspectives are told in alternate “chunks”, for want of a better word (there are no chapters in this novel), so that the reader gets to know both characters incredibly well.

On the face of it, it would seem neither has much in common. But they are both “the offspring of Narcissists”, as Trevor puts it. His Polish-born father went missing when Trevor was a child and despite been declared legally dead has recently reappeared on the scene making unreasonable demands, while Elizabeth’s mother belonged to the Rajneesh movement, otherwise known as the Orange People, and failed to protect her teenage daughter from the sexual deviants within its midst. Both Trevor and Elizabeth, it would seem, are still grappling with the psychological wounds of their upbringings.

Similarly, they both have an obsession with food — Trevor for cooking it, Elizabeth with being Over The Top about its provenance and nutritional content — and the power of art and literature to transform and giving meaning to their lives.

I particularly loved the little asides about literature, such as this one:

Trevor is standing beside a man who is a big fan of Irish fiction and especially of Dermot Healy and the new star Eimear McBride. ‘A man of good taste,’ says Trevor. They have been discussing linguistic tangles and how and when or if they are appropriate in the novel and how this book by McBride was thrown aside by umpteen publishers, umpteen meaning for nine years, before it was finally taken, sold and immediately made her famous. A very French outcome for an Irish book.

And yet, for all the richly detailed prose and the total immersion in two character’s slowly intertwined lives, I struggled to fully connect with The Returns. Perhaps it was just too slow-moving for me and lacked sufficient drama to make me want to keep turning the pages. Or maybe it was the right book but the wrong time?

Lisa at ANZ LitLovers liked this much more than me.

This my 6th book for the 2020 Miles Franklin Literary Award.

3 thoughts on “‘The Returns’ by Philip Salom”