It’s the first Saturday of the month, which means it’s time to participate in Six Degrees of Separation, a book meme that is hosted by Kate from booksaremyfavouriteandbest.

The starting point is: 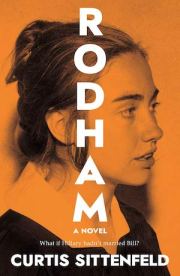 I haven’t read Rodham, but I know it’s based on Hilary Clinton and imagines what might have happened to the trajectory of her life had she not met and married Bill Clinton. Another book that takes a real person and fictionalises their life is… 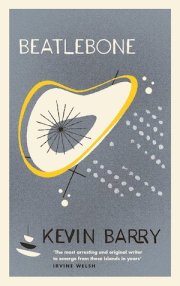 ‘Beatlebone’ by Kevin Barry (2015)
This brilliantly inventive, funny, sad and wise novel fictionalises a short period in John Lennon’s life.  You don’t need to be a Beatles fan to enjoy it, because it’s a glorious adventure tale and the 37-year-old man at the heart of it could be almost anyone going through a personal and creative crisis.

Another book that is based on a real person, albeit someone who isn’t famous, is…

‘Annie Dunne’ by Sebastian Barry (2002)
This eloquent, heartfelt novel is about two children who go to stay with their aunt one summer in the late 1950s. That aunt, Annie Dunne, is actually Sebastian Barry’s own aunt — and Barry, himself, is the four-year-old boy in the story. Annie is not an easy person to like: she struggles with jealousy and rage, and is cantankerous and difficult. But her heart is in the right place. 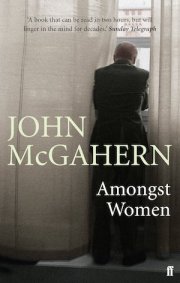 ‘Amongst Women’ by John McGahern (1991)
Shortlisted for the 1990 Booker Prize, this is about an Irishman holed up at home in his dying days, surrounded by his three adult daughters who want him to get better despite the fact the relationship between them all is very strained. McGahern depicts Moran as all-too-human, someone who is so emotionally starved that you can feel nothing but pity for him. It’s a wonderfully realised portrait of an Irish Catholic family headed by a widower who manipulates his children using violence, emotional blackmail and an obstinate refusal to do anything that is not on his own terms.

Another book about a domineering, brutal father is…

‘The Book of Emmett’ by Deborah Forster (2010)
Set in working-class Melbourne, this story follows the lives of one family between the late 1960s and the present day. The central figure in the novel is Emmett Brown, an abusive, alcoholic father of four children, whose violent behaviour has long-lasting repercussions on his family. The book opens on the day of Emmett’s funeral. Another book that begins with a funeral is…

‘Death in Summer’ by William Trevor (1999)
In this rather dark story by one of my favourite writers, a widower interviews several young women in his search for a nanny to look after his baby daughter. One of the nannies he rejects develops an unhealthy obsession with him: she essentially becomes his stalker. While there’s a lovely aching quality to the overall storyline, there’s also an unspoken tension and unease, a kind of creepiness that pervades the woman’s motivations, which makes the book difficult to put down.

‘Tampa’ by Alissa Nutting (2013)
This book is quite outrageous and won’t be for everyone, seeing as it is about a female teacher grooming young male students for her sexual pleasure. It charts eighth grade English teacher Celeste Price’s obsession with a teenage student, Jack Patrick, and it’s fascinating and horrifying in equal measure, the literary equivalent of a car crash.

So that’s this month’s #6Degrees: from a book about Hilary Clinton, to a story about a female teacher who is a paedophile, linked via a fictional story about John Lennon, a cantankerous auntie, a dying man, an abusive father and a widower stalked by the potential nanny he rejects. How dark this all sounds, but honestly, I heartily recommend each and every one of these titles.

Have you read any of these books? Care to share your own #6Degrees?

32 thoughts on “Six Degrees of Separation: From ‘Rodham’ to ‘Tampa’”