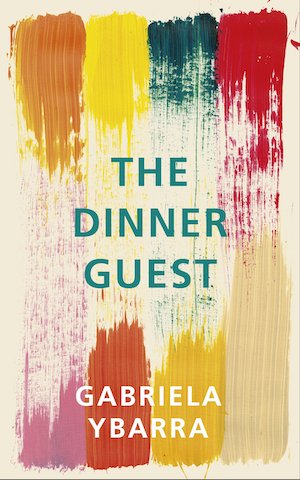 The story goes that in my family there is an extra dinner guest at every meal. He’s invisible, but always there. He has a plate, glass, knife and fork. Every so often he appears, casts his shadow over the table and erases one of those present. The first to vanish was my grandfather.

So begins Gabriela Ybarra’s The Dinner Guest, an intriguing story about inter-generational trauma and forgetting, with a particular focus on the long-lasting impact of terrorism on children and families in the Basque Country.

Billed as fiction, it’s really a mix of non-fiction, memoir and reportage as Gabriela attempts to unravel the truth about her grandfather’s violent and untimely death in 1977, some six years before she was born.

But it’s also a deeply personal look at what it is like to care for a terminally ill parent after Gabriela’s mother is diagnosed with colon cancer in 2011 and moves to New York for treatment.

The book works by linking these two deaths — one very public and sudden, the other private and dragged out — as a creative writing exercise in which Gabriela explores art, politics, family and grief.

It feels seamless and hypnotic to read, a bit like a long-form essay, and includes snippets of newspaper articles and letters, along with a handful of black and white photographs.

The book’s starting point is the kidnapping of Javier Ybarra, a prominent politician in Biblao, on Spain’s northern coast, by masked gunmen — members of the Basque separatist group ETA — who broke into his house and bound and gagged his family, including Gabriela’s then 28-year-old father. The intruders took Javier away and warned his children not to call the police until midday. A massive ransom was issued.

Some 20 days later, when that ransom was not paid, the terrorists sent a map showing where the body could be found. It was wrapped in a plastic sheet and dumped in a wooded area. (You can read more about the case via this Wikipedia entry.)

Gabriela did not know that her grandfather had been murdered until children at school told her of the rumours surrounding his death. It was not something her family talked about. She was largely unaware that it was her father who played a key role as the family spokesman during the traumatic days when Javier’s whereabouts were unknown. Such trauma, such personal history remained unspoken.

Then, when Gabriela’s mother died in 2013, she decided she needed to learn about her family’s past, almost as a form of remembrance. It was also a way to connect with her father, who had become a stranger to her.

The private made public

The Dinner Guest is a strange but beguiling book. It makes public so many things which would normally remain private, but the story of Gabriela’s family has always been news, at least for people of the Basque Country.

Perhaps the act of fictionalising elements and putting family history down on paper helped Gabriela to make sense out of what, on the face of it, seems to make no sense at all.

The Dinner Guest was published to critical acclaim in Spain, where it won the Euskadi Literature Prize in 2016. It was longlisted for the Man Booker International Prize in 2018.

9 thoughts on “‘The Dinner Guest’ by Gabriela Ybarra”