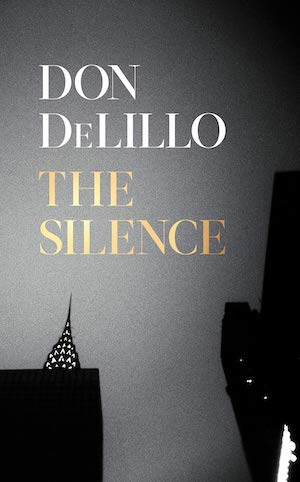 Much fuss has been made of the fact that Don DeLillo wrote The Silence shortly before the Covid-19 pandemic hit. The insinuation is that his novella is somehow prescient, that he peered into the abyss and predicted a global crisis.

In the media release that came with my review copy, DeLillo says: “I began writing the novel in 2018, long before the current pandemic. I started with a vision of empty streets in Manhattan. The idea of the silence grew from sentence to sentence, from one chapter to the next.”

But this novella, which is about what happens one fateful day when everything digital ceases to work and the world comes grinding to a halt, bears little resemblance to a public health emergency. Instead, this is a dystopian glimpse of a world where all our forms of communication — the internet, phones and TV — simply stop working.

While this is an interesting idea, it’s not properly fleshed out. DeLillo is only just warming up, he’s barely hit his stride, and suddenly the book ends. The story is flimsy, almost as if the author has sketched out a rough idea but not bothered to fill in the details. It feels like a creative writing exercise — “tell us what would happen if you were in a plane and the digital systems failed” — and doesn’t pack much of a punch.

The opening — a married couple flying business class between Paris and New York in 2022— holds much promise. They’re homeward bound and have a date with another married couple to watch the Super Bowl on TV when they get back. But things go awry in the air. The seatbelt warning light comes on. The turbulence becomes unbearable. The plane, it seems, is about to crash.

The story then cuts to Manhattan, where another married couple, accompanied by a friend, are settling down to watch the football match on TV. The opening kick-off is one commercial away, but then the screen goes blank. Drink is consumed to kill the time. Bizarre conversations take place. It’s all a little odd.

Eventually, their friends who were on the plane turn up at their door. No one seems to grasp the seriousness of, well, anything. This couple, who are pretty much unscathed, may as well have blamed a traffic jam for their late arrival.

The whole story is preposterous. Yes, DeLillo might be one of the greatest American novelists of our time, but The Silence is a disappointment. One word springs to mind and that is tosh.

I read this for Novellas in November hosted by Cathy and Bookish Becks.

20 thoughts on “‘The Silence’ by Don DeLillo”