It’s that time of the year again. The shortlist for

The Kerry Group Irish Novel of the Year award has been announced.

No longlist is announced for this annual prize. Instead, a shortlist of five titles is revealed a couple of months before Listowel Writers’ Week and the winner of the €15,000 prize is named on the opening night of the festival.

Longtime readers of my blog will know that this is one of my favourite literary awards, which I have been following for many years now. I usually try to read all the books on the shortlist. In doing so, I have been introduced to some excellent Irish fiction, including The Cold Eye of Heaven by Christine Dwyer Hickey, an incredibly under-rated novel (which I highly recommend you read, especially if you are in any way intrigued by James Joyce’s Ulysses) and last year’s superb winner Girl by Edna O’Brien.

Below is this year’s shortlist, arranged in alphabetical order by author surname, with the publisher’s synopsis underneath. Hyperlinks will take you to my reviews. Do keep coming back to this post as I will update the hyperlinks as and when I review each title.

The five shortlisted novels are: 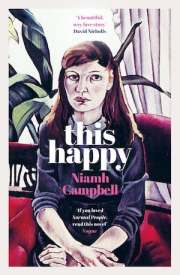 ‘This Happy’ by Niamh Campbell

When Alannah was twenty-three, she met a man who was older than her – a married man – and fell in love. Things happened suddenly. They met in April, in the first bit of mild weather; and in August, they went to stay in rural Ireland, overseen by the cottage’s landlady. Six years later, when Alannah is newly married to another man, she sees the landlady from afar. Memories of those days spent in bliss, then torture, return to her. And the realisation that she has been waiting – all this time – to be rediscovered. 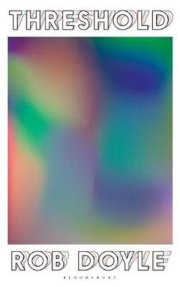 Rob has spent most of his confusing adult life wandering, writing, and imbibing literature and narcotics in equally vast doses. Now, stranded between reckless youth and middle age, between exaltation and despair, his travels have acquired a de facto purpose: the immemorial quest for transcendent meaning. On a lurid pilgrimage for cheap thrills and universal truth, Doyle’s narrator takes us from the menacing peripheries of Paris to the drug-fuelled clubland of Berlin, from art festivals to sun-kissed islands, through metaphysical awakenings in Asia and the brink of destruction in Europe, into the shattering revelations brought on by the psychedelic DMT. 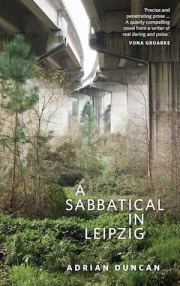 ‘A Sabbatical in Leipzig’ by Adrian Duncan

A retired Irish engineer living alone in Bilbao reflects on his life, work, homes and relationships, structuring his thoughts around key pieces of art and music, focusing particularly on a five-year period of prolonged mental agitation spent with his partner in Leipzig. 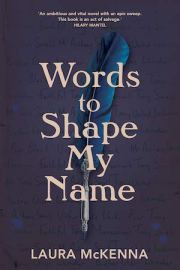 ‘Words to Shape my Name’ by Laura McKenna

In a London graveyard in 1857, Harriet Small is approached by a stranger, an unwanted intruder who insists that she hear him out . . . in the will of a woman she only barely remembers, Harriet has been left an unusual collection of papers: her father’s True Narrative of his life after escaping slavery and his journey into the heart of revolutionary Ireland. 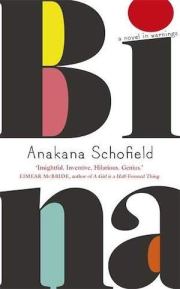 “My name is Bina and I’m a very busy woman. That’s Bye-na, not Beena. I don’t know who Beena is but I expect she’s having a happy life. I don’t know who you are, or the state of your life. But if you’ve come all this way here to listen to me, your life will undoubtedly get worse. I’m here to warn you . . .” So begins this ‘novel in warnings’ – an unforgettable tour de force in the voice of an ordinary-extraordinary woman who has simply had enough.

The winner will be announced on 2 June.

Have you read any of these books? Or have any piqued your interest? Please do feel free to join in and read one or two or perhaps the entire shortlist with me.