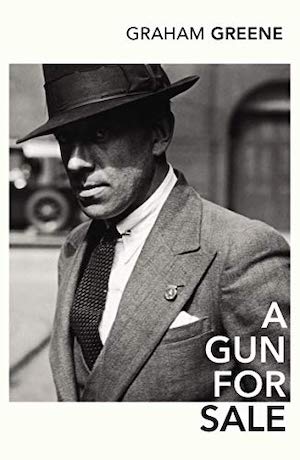 First published in 1936, A Gun for Sale by Graham Greene is an oppressively dark crime novel about a British assassin who becomes a wanted man in England after he commits his deed on European soil.

In much the same way as the assassination of Archduke Franz Ferdinand precipitated the Great War, the murder has been designed to provoke a new world war which will make many men in England rich.

When A Gun for Sale opens we are thrust right into the action. Raven, the English assassin with the harelip (which marks him as easily identifiable), is in an unnamed European country getting ready to kill the Minister of War. Things don’t go exactly to plan but he manages to escape detection after the murder of the politician and his secretary — though he doesn’t get rid of the weapon as he had been instructed to do so.

When he returns to London, he meets Cholmondeley, a fat man with a penchant for sweets, who double-crosses him by paying his £250 fee in stolen banknotes, which are traceable by authorities.

Raven now has to go on the run in his own country, but not without planning his vengeance on Cholmondeley, whom he follows on the train out of London to (the fictional) Nottwich. (Remember, he has a gun.)

Also on the train is a young woman called Anne, who is heading to Nottwich to begin working as a chorus girl in a pantomime. In a strange twist of fate (or should we say authorly coincidence?), Anne’s fiancé is the police detective in charge of finding Raven, and so all these characters are unwittingly drawn together in a complex plot involving corruption, betrayal, sex and murder.

The claustrophobic manhunt that ensues not only puts Anne’s life in danger, it makes Raven increasingly prone to commit more horrendous acts out of fear and paranoia.

The fast-paced narrative is written from multiple perspectives in Greene’s distinctively clear and clean prose in which not a word is wasted.

The world conveyed here — dark, grim and often immoral — presents women as the mere playthings of men and sees war as a way for corrupt men to make vast amounts of money.

I read A Gun for Sale with a mix of fear and fascination. It’s not dissimilar to Greene’s more famous Brighton Rock, which it predates by a couple of years, in that it charts the disturbing outfall of one man’s violent behaviour on the people and community around him.

I normally love inter-war novels, but this one is pretty bleak and chilling. Perhaps its most interesting achievement (and one that I particularly admired) is the way in which it makes the female protagonist the star of the show and paints such a wonderful portrait of the killer it’s easy for the reader to both loathe and empathise with him… 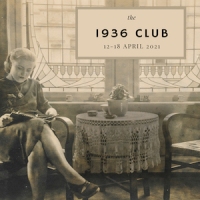 14 thoughts on “‘A Gun for Sale’ by Graham Greene”