The crime genre is often accused of being formulaic and cliched, but the handful of Japanese crime novels that I have read tend to shun the usual conventions. In these well crafted stories we often know who has committed the crime. Sometimes we even know how they did it. And occasionally we know why.

Japanese crime writers, it seems, are more interested in looking at the circumstances surrounding a crime, the impact of the crime on victims, friends, family, investigators and even the accused, and  what these crimes say about society at large. I find them wholly fascinating and know that whenever I pick up a Japanese crime novel I’m going to read something entertaining as well as intelligent.

As with most Japanese fiction, these novels are generally written in a stripped back, flat, detached prose style, which only adds to the chilling nature of the stories.

Here’s a handful of Japanese crime novels that I can recommend, arranged in alphabetical order by author’s name — click the title to see my full review:

‘The Devotion of Suspect X’ by Keigo Higashino

Keigo Higashino is a master crime writer whose tales turn the genre on its head. I have read several (all reviewed here) but The Devotion of Suspect X is my favourite. In this extraordinary crime thriller, we know from the outset who has committed the crime, how they did it and who has helped cover it up. But what we don’t know is the detailed steps that have been taken to protect the real murderer. The story is effectively one giant riddle; the reader must find the clues and then join them together to create a likely scenario, mindful that the real clues have been mixed in with red herrings! It’s a brilliantly gripping read — and turned me into a Higashino fan.

‘Out’ by Natsuo Kirino

I read Out many years ago (sadly it’s not reviewed on this blog), but the story — of a group of women who help a colleague get rid of the body of the philandering husband she has murdered — is another Japanese crime novel that turns the genre on the head. Yes, we know who committed the crime and we know all the women who become accessories after the fact, we even understand why and how the murder was carried out. But what we don’t know is whether the perpetrators will get away with it and whether one of them will say or do the wrong thing to give the game away. It’s a real nailbiting novel, but it’s also an insightful one about misogyny, domestic violence and the Japanese working class. 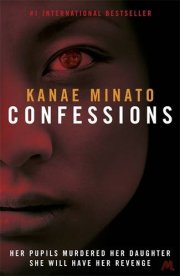 This dark novel is a revenge story about a woman who takes the law into her own hands with devastating and gruesome consequences. It focuses on a grief-stricken school teacher, who accuses two of her students of having murdered her daughter. She doesn’t name the students but drops enough clues that everyone knows who she is pointing the finger at. She then avenges the crime, but this does not bring peace: it simply begats more crime so that a dizzying dark spiral of events unfolds, sucking people into its deadly centre. It’s a terrifying novel but it deals with big themes, including how we teach children right from wrong, how society deals with child criminals and what barriers there should be between teachers and their students. It’s a thought-provoking read. 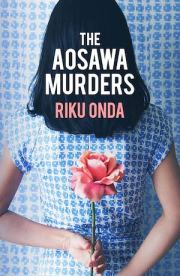 ‘The Aosawa Murders’ by Riku Onda

The central focus of The Aosawa Murders is a devastating mass murder in which 17 people (including six children) are poisoned and die agonising deaths at a family celebration. The prime suspect is the family’s blind daughter, the only family member spared death, but why would she want to kill her loved ones? The book, which has a complex structure featuring multiple view points and time frames, is about the long-lasting impact of the crime on those directly affected by it, including the police who carried out the investigation, those who knew the family well and the local community. There’s no neat ending, but it’s the kind of story that leaves a marked impression as the reader tries to process what happened and why.

‘The Thief’ by Fuminori Nakamura

This prize-winning novella is told from the point of view of a man who makes his living by petty theft. His sole occupation is to pick the pockets of the wealthiest people he can find, either on the streets of Tokyo or the public transport system. But he isn’t a particularly bad person; there’s a good heart inside of him. In one scene he is so outraged to see a man on the train groping a schoolgirl he comes to her rescue. And later, when he sees a woman and her young son shoplifting, he warns them that they have been spotted by the store detective. This isn’t a story about solving a crime; it’s merely a glimpse inside a criminal’s mind which allows you to empathise with someone you would most likely condemn. It’s an intriguing conceit.

This book looks at the outfall of the murder of a young woman on a series of characters, including the woman’s hardworking parents, her friends and the accused, and shows how they adjust to their changed circumstances. So while there is a crime at the heart of this novel, it’s not a police procedural and it’s fairly obvious from the start who committed the crime, though we are never completely sure why he did it. Again, it’s another fascinating examination of the sociological and psychological impact of a crime on a community.

Have any of these books piqued your interest, or have you read any of them? Can you recommend any other crime books from Japan that are worth reading?