It’s the first Saturday of the month, which means it’s time to participate in Six Degrees of Separation (check out Kate’s blog to find out the “rules” and how to participate).

As ever, click the title to read my full review of each book. 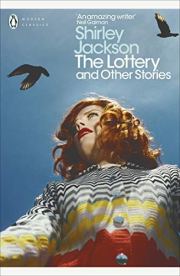 In this short story, which you can read online at the New Yorker magazine, a lottery is staged in a small village every year. The “prize”, which is totally shocking, is revealed right at the end. It will give you the chills…

‘We Have Always Lived in the Castle’ by Shirley Jackson (1962)

Another book that will give you the chills is Jackson’s last novel (she died in 1965). We have Always Lived in the Castle is a deliciously creepy tale about two sisters living in a secluded Gothic mansion with their uncle. The people of the nearest village, where they do their shopping, treat them with scorn and it’s clear they are hated. But why? Well, it’s something to do with poison… (you’ll need to read the book to find out more).

Poison features in this complex murder mystery from Japan in which 17 members of the same family die after they consume a toxic drink at a celebratory party. The prime suspect is the family’s blind daughter, the only family member spared death, but why would she want to kill her loved ones? Again, you need to read the book to find out — although there are no neatly drawn conclusions. 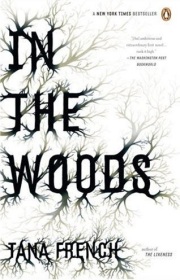 There are no neatly drawn conclusions in Tana French’s debut crime novel about a policeman with a secret past. When detective Rob Ryan was a young boy he was found clinging to a tree in the local woods, his shoes filled with blood, and the two friends he had been playing with are nowhere to be seen. Now, 20 years on, that event comes rushing back when a 12-year-old girl’s body is found in the same woods.

Another Irish murder mystery set in the woods is this controversial novel by Edna O’Brien. Based on a real life triple murder, it is a dark and brooding book. One of the victims had set up home in a remote dilapidated cottage on the edge of the forest to concentrate on her art, unaware that there was a disturbed man living wild nearby…

Another tale about a woman who moves to a remote house to concentrate on her art is this intriguing novel by Irish writer Sara Baume. It turns out that the young female narrator is having a kind of break down and while she’s living in the house under the guise of looking after it for her late grandmother, she is, essentially, running away from her problems.

Running away to focus on art is the central theme in Tobin’s debut novel, which is set partly in Ireland and partly in Spain in the 1950s and 60s. It’s a beautiful, languid story, which looks at history, memory, violence and trauma. I would easily add this novel to my Top 10 of all time, I adored it that much.

So that’s this month’s #6Degrees: from a creepy Gothic novel about outsiders to a luminous literary novel about art via tales about poisonings, childhood disappearances, murder and creativity in the countryside.

Please note, you can see all my other Six Degrees of Separation contributions here.

29 thoughts on “Six degrees of Separation: From ‘The Lottery’ to ‘The South’”