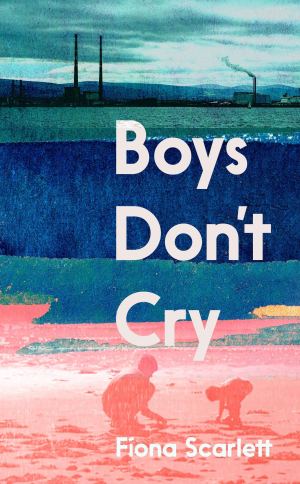 It sounded like Da was crying. I’ve never seen Da cry. He tells us that crying is a sign of weakness. That boys don’t cry. That boys should never cry. So we don’t. Ever. Unless we’re in private, when nobody sees.

If you took a big cooking pot and threw in Irish authors Roddy Doyle and Kit de Waal, then added the scriptwriters for the Irish gangster TV series Love/Hate and gave it a good stir, the end result might be Fiona Scarlett’s Boys Don’t Cry.

This novella about sibling love, divided loyalties, illness, grief and toxic masculinity is a heartrending — and heartwarming — read.

A tale of two brothers

Set in working-class Dublin, the story unfolds through the eyes of two brothers, who tell their version of events in alternate chapters.

Joe is 17 and a gifted artist. He’s been lucky enough to secure a place in a prestigious private school, but he is constantly aware that he is from a different social class and doesn’t quite fit in. He’s often bullied and expected to behave in a stereotypical way, purely because of his background.

Finn is 12 and a happy-go-lucky boy who loves playing sport and having fun with friends. He looks up to his big brother and adores his Ma and Da. But when he develops unexplained bruising on his arms and legs and begins suffering from bad nose bleeds, a question mark is raised over his health. Is he being physically abused at home, or is something else going on?

What makes the story so compelling is the way in which it is told, for each brother’s version of events is told in a different time period — Joe’s is AFTER Finn’s — but they are interleaved so that one loosely informs the other to make a more powerful read.

When I began reading this book, I literally had no idea what it was about. I have no memory of buying it and don’t know why I did so, other than it must have received a good review somewhere or I thought the subject matter appealed at the time. (According to Amazon, I purchased it on 1 May 2021.)

While it soon becomes clear that the family in Boys Don’t Cry is not your usual working-class family — Da runs a drug operation for the local kingpin, Dessie Murphy, but is now locked up in Mountjoy prison for shooting a policeman, who nearly died — it takes a while to figure out why everyone is wracked with grief and why Joe hates his father so much.

In fact, Joe, a complex character, is the heart of this story. He’s the one who holds the narrative together and makes it such a compelling read because you feel for him — and fear for him.

He’s clearly emotionally troubled — it takes some time to get to the root of why this might be the case — and he’s filled with hate for Dessie Murphy and wants nothing to do with him. But when his friend Sabine incurs a debt she can’t pay off, the temptation to do a one-off job for the gangster becomes hard to resist.

As a reader, you know that Dessie is grooming Joe to join the gang, but Joe is naive, oblivious to the dangers and realities of the criminal underworld: it’s never a case of just doing one job and walking away, once you’re in the “family” you can never leave…

Boys Don’t Cry is a remarkable read in so many ways. It’s a brilliant evocation of a family plunged in grief, of a teenager struggling to determine his own code of ethics and of a young boy grappling with mortality. It’s about heavy subjects but there are flashes of humour throughout to lighten the load.

The author is a primary school teacher and it’s clear she knows what makes children and teens tick; she really conveys their moods and feelings and mindset in an authentic way.

A word of warning though. I wouldn’t recommend reading this one in public — and I’d suggest having tissues on hand, because it’s a bit of a tear-jerker, ironic given the title, which is all about repressing emotions and keeping everything in check. 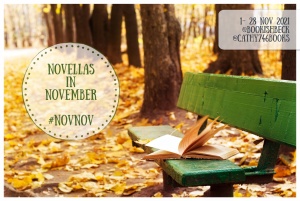 I read this book for Novellas in November (#NovNov), which is hosted by Cathy of 746 Books and Rebecca of Bookish Beck