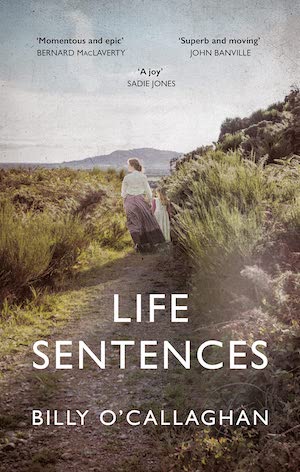 Irish writer Billy O’Callaghan’s Life Sentences is a wholly absorbing family saga that spans three generations over the course of a century. It’s loosely based on the author’s own family tree and gives voice to the branch that was “illegitimate” because two children were born out of wedlock at a time when this was frowned upon.

At its essence, it is a love story between a teenage girl and the married man with whom she falls in love, but it’s also a damning portrait of one man’s eagerness to have his cake and eat it too, arrogantly ignoring his responsibilities to the children he fathered and blaming the woman for falling pregnant in the first place.

Nancy is the central character in this tale. As a 16-year-old, she flees Clear Island, off the south-west coast of County Cork, after the famine kills all her family, and starts afresh on the mainland where she finds work in a big house on the northside of Cork city. It is here she falls for the tall, good-looking, charismatic gardener, Michael Egan, with whom she starts a secret relationship, unaware that he is already married.

I  was nineteen when I met Michael Egan for the first time. That’s not where my story begins, but it’s where I begin, that day the beginning of my happiness and the start of my fall.

When she falls pregnant, Michael Egan (he is always referred to by his first and last names throughout this story) wants nothing to do with her. She’s fired from her job and moves into a workhouse.

Later, she moves into a crowded tenement and supports herself through “shameful things I could not regret, as much as I hated myself for them because I knew they were necessary”. It is while walking the streets down near the pubs “where I knew men with money in their pockets would be” that she bumps into Michael Egan once again.

Despite her better judgement, and perhaps because Michael is a familiar face and unlikely to be physically rough with her, she rekindles her affair with him. But history repeats. Another child is born out of wedlock, Michael Egan rejects her and it’s back to the workhouse with a baby and toddler in tow.

It is that baby, a boy named Jeremiah, or Jer for short, whom we meet when the novel opens. He is in a pub, “drinking fast and heavy”, waiting for the guards to come looking for him. We slowly learn that he is angry, deeply angry, because his beloved sister Mamie has died (Nancy’s firstborn) and that he blames her husband, a violent alcoholic, for her death.

He killed her. He might not have kicked the chair away, but with his drinking he put the rope around her neck. He’s been killing her for years. And now she’s gone.

Despite this imminent arrest, we discover that Jer is a good man, happily married with six children, but he is emotionally scarred, not just by his impoverished childhood and the father he met on just a few occasions, but by his time in the Great War. He seeks solace in his family, but his thoughts often turn to Michael Egan:

Dead now, dead a long time, but one half of me then and still. I exist because of this man, but because of him I am rootless. I made myself strong, in spite of him.

Jer’s youngest daughter, Nellie, takes up the final part of the novel. She’s in her 60s and lives with her daughter Gina and son-in-law Liam just “a stone’s throw from the house in which I was born”.

She’s dying but isn’t afraid to do so, and has shunned any kind of medical intervention:

I’ve watched so many go [die], and find comfort in knowing that I’m to take the same road. If it leads nowhere then that’s all right. But if there’s a chance of maybe seeing them again, my loved ones, my husband Dinsy and my father and mother and all the rest, then who wouldn’t want that?

As Nellie looks back on her life, we see how things have panned out for Nancy’s children and grandchildren. There is tragedy and heartbreak in this life, but there is also love and happiness and a sense of belonging, of putting down roots that her own father never could because of his illegitimacy.

I adored this book. Yes, it’s sad and melancholy and treads some dark territory (there’s a lot of death in this novel, it has to be said), but it’s written in such an engaging manner, brimming with humanity and compassion, celebrating the tenacity and resilience of a family just doing their best to get by against the odds.

It’s intimate, rewarding and poignant, the kind of novel to make the heart lurch. And I’m delighted to see the author has two other novels and a bunch of short story collections for me to explore. I will look forward to reading them when I can. 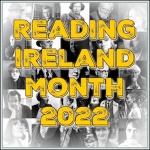 I read this book as part of Cathy’s #ReadingIrelandMonth2022. You can find out more about this annual blog event at Cathy’s blog 746 Books.