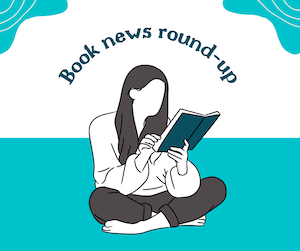 I’m reading books faster than I can review them at the moment, but why review a book when you can put together a round-up post like this? Procrastination? What procrastination?!

¶  The winners of the 2022 Ned Kelly Awards have been announced. I’ve already got Debi Marshall’s true crime novel on the wishlist and Banjawarn by Josh Kemp on the TBR.

¶  Congratulations to Australian writer Robert Dessaix for being awarded the Lifetime Achievement Award for Literature at the 2022 Australia Council Awards. I have only read one of his books — Night Letters — which I loved for its intelligence, its humanity and its big-picture look at life. Must hunt out his other writings now.

¶ This piece in the Bookseller made me laugh out loud. It also made me wonder if the writer has been living under a rock!

¶  While this piece on the Penguin website made me scratch my head. Apparently, people who review books on Tiktok are revolutionising publishing. Um, no. It’s just another channel to promote books… it doesn’t replace all the other channels or revolutionise anything.

¶ Leïla Slimani claims the knife attack on Salman Rushdie has left her and other writers afraid, but that they have a “duty” to keep making public appearances and resist censoring themselves, despite the dangers.

¶ An interesting article about Tim Winton, his novel Blueback, his fight for Ningaloo, and 40 years of writing.

No link for this one (unless you count my LinkedIn post), but earlier this month I got to appear on a panel at the City of Melville’s Civic Square Library discussing favourite Australian books in the spirit of the ABC TV series Books that Made Us. The event was hosted by librarian and writer Emily Paull and included me, author David Whish-Wilson and bookseller Guinevere Hall from Typeface Books in Applecross.

It was a fun event — I got to champion two of my all-time favourites, George Johnston’s My Brother Jack and Randolph Stow’s The Merry-go-round-in-the-sea — and we had a wide-ranging discussion covering all kinds of questions, including whether reviews sell books, what kinds of genres Australian writers excel at, the role of literary prizes and what classics we want to read. Thanks to Emily for inviting me to take part and to the audience which was friendly and engaging. Would love to do it again at some point!