Happy New Year all, and welcome to my first post of 2023.

I have had a refreshing “digital detox” over the festive season (my favourite books of 2022 post was scheduled in advance) and stayed off the Internet for almost two weeks. I took an (excruciatingly expensive) air flight to Melbourne to catch up with family I hadn’t seen in three years (because of covid border restrictions) and had a lovely time doing as little as possible for about 9 days. But now it’s time to get back into the swing of things.

What better way to kick-start my blogging mojo than by participating in Six Degrees of Separation, a meme that runs the first Saturday of every month and is hosted by Kate at booksaremyfavouriteandbest. It works like this: Kate suggests a starter book and the idea is to then create a chain of six more books, linking each one as you see fit.

Here are the six books I have chosen for my chain. Click the title to read my full review of each book.

I haven’t read this book, which I believe is a romantic comedy starring two writers who are polar opposites. The description on Amazon sounds rather fun, although the reviews are mixed. I’m linking this one to… 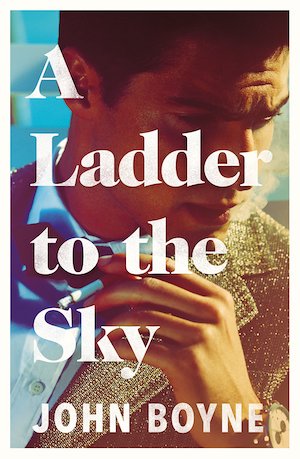 In this hugely fun novel with a dastardly twist, a narcissistic writer does everything he can to become rich and famous despite having little to no creative ability. He uses people, steals their intellectual copyright, purloins their personal stories and passes off others’ work as his own — regardless of the consequences!

Another rip-roaring tale about someone behaving badly and ignoring the consequences is Vladimir, a campus novel starring a popular English professor who pursues a man much younger than herself while her husband stands accused of inappropriate relationships with former students decades earlier.

I’m not really into campus novels, but this American classic, largely set in a boarding school, is a compelling story about a fraught friendship between two completely different teenage boys growing up in the shadow of the Second World War. 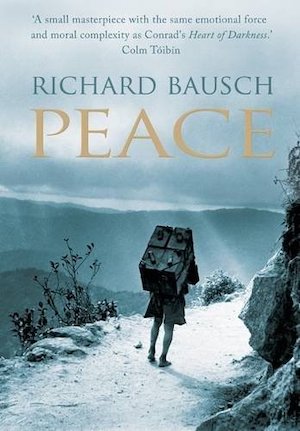 I’m linking to this because it has the word “peace” in the title, but it also shares the Second World War setting. In this gripping novella, a group of American soldiers on foot patrol are trying to locate the enemy in difficult terrain and weather conditions when their sergeant commits a war crime — he deliberately shoots an unarmed woman — which poses complex issues for all who witness it.

War crimes feature in this deeply affecting story about a 10-year-old Croatian girl who becomes a child soldier in the Yugoslavian civil war of the early 1990s. When she is smuggled out of the country to begin a new life in the USA, her past continues to haunt her well into adulthood.

In this gangland crime novel set in Sydney’s western suburbs,.a Croatian immigrant heads up an organised crime family which runs a string of fish’n chip shops as a front for nefarious activities including money laundering and drug trafficking.

So that’s this month’s #6Degrees: from a romantic comedy to a gangland crime novel, via stories about narcissistic people, the Second World War and the Yugoslavian civil war.

16 thoughts on “Six Degrees of Separation: From ‘Beach Read’ to ‘The Second Son’”