I love non-fiction and fiction pairings, the kinds of books that inform each other and give you a more rounded view of a particular subject, character, place or event.

Taking inspiration from Karen’s post on Booker Talk, here are four book pairings I have put together. As ever, links take you to my reviews. 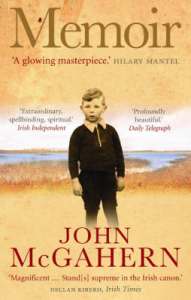 ‘Memoir’ & ‘The Barracks’ both by John McGahern

In Memoir, published in 2005, the late John McGahern wrote about his childhood and adolescence growing up in rural Ireland in the 1940s and 1950s. It reads very much like a love letter to his beloved mother, who died of breast cancer when he was eight years old, and an angry diatribe against his policeman father who showed his ill wife little empathy.

In his debut novel, The Barracks, McGahern writes from the perspective of a woman who returns to the rural Ireland of her childhood after the Second World War. Here she marries the local police sergeant, a widower, and becomes stepmother to his three children. When she develops breast cancer she hides it from everyone. It’s a dark, Catholic novel, but when you understand the events it was inspired by it seems to resonate with extra meaning and is a deeply powerful read. 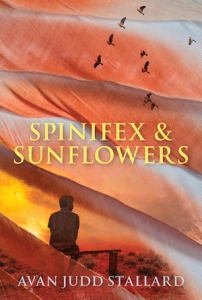 ‘No Friend but the Mountains: Writing from Manus Prison’ by Behrouz Boochani & ‘Spinifex & Sunflowers’ by Avan Judd Stallard

Behrouz Boochani’s award-winning non-fiction book, No Friend but the Mountains, details his time detained on Manus Island, Australia’s shameful offshore immigration detention facility. It’s an eye-opening account of cruelty and abuse, where the authorities fail to treat asylum seekers with any kind of dignity or respect.

Avan Judd Stallard’s novel, Spinifex & Sunflowers, is a fictionalised account of his own time as a prison guard in one of Australia’s immigration detention centres — in this case the one in Curtin, Western Australia, which is no longer operating. His novel highlights how the guards are given little training to deal with “prisoners” and that many of those employed in such roles are doing it simply for the money.

On black deaths in custody/Palm Island 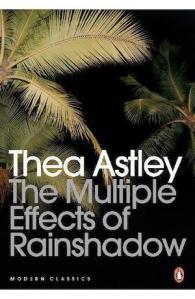 ‘The Tall Man: Life and Death on Palm Island’ by Chloe Hooper & ‘The Multiple Effects of Rainshadow’ by Thea Astley

Chloe Hooper’s shocking true crime book, The Tall Man, explores the death of Aboriginal man Cameron Doomadgee who died in police custody on Palm Island, one of the largest Aboriginal communities in Australia with a dark and torrid history.  (It was set up by the State Government in 1916 as a place to house Aboriginals as a kind of punitive mission.) This book demonstrates that in Australia there is one law for white people and another for black.

Thea Astley’s novel, The Multiple Effects of Rainshadow, is set in the same location, albeit under a different name, but takes a real-life incident from the 1930s as her inspiration. That incident involved a grief-stricken white superintendent who went on a drink-and-drug-fuelled rampage and set fire to many buildings. He used dynamite to blow up his own home, killing his two children inside, and after fleeing the island temporarily, was gunned down upon his return.

On life as a geisha 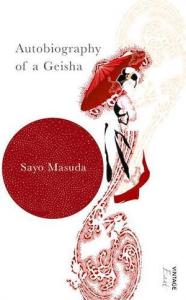 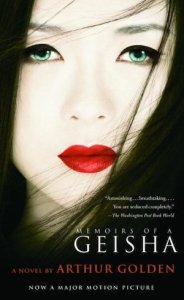 Sayo Masuda’s much-acclaimed autobiography documents what happens to her when, aged 12, she was sold to a geisha house in 1930s Japan. Despite the material comforts she earns, her life is far from happy and carefree.

Arthur Golden’s novel, Memoirs of a Geisha, is a fictionalised account of a young girl whose parents sell her to a man with connections to a top geisha house in Tokyo. The book details her education and “apprenticeship”, describes the auctioning of her virginity and her subsequent rise as one of  Japan’s most celebrated geishas.

I wrote this post as part of Nonfiction November, which is hosted by Katie of Doing Dewey, Julz of Julz Reads, Rennie of What’s Nonfiction, and Leann of Shelf Aware.

What do you think of these book pairings? Can you recommend any others?

The Australian Government’s shameful policy on immigration detention has been chronicled from the refugee’s point of view (see here and here), but what of the person on the “right” side of the wire — the prison guard?

Avan Judd Stallard’s novel Spinifex & Sunflowers tells the story of a young man who takes a job as a guard at an immigration detention centre in Western Australia.

Nick is a drifter, who has a troubled relationship with his family and needs a job to pay off a debt. Despite a lack of formal qualifications and little enthusiasm, he accepts a job with a contractor as a “refugee-prison guard” for which he is paid handsomely.

The book charts his so-called training (“Skippy could take my place at training and I doubt I’d miss much”), the relationships he develops with his colleagues — all poorly educated, with little to no passion for the task at hand and certainly no empathy for the people they’re “guarding” — and his long, monotonous 12-hour shifts at the “refugee prison”, where everything is reduced to preposterous levels of control. One of his tasks, for instance, is guarding a cordial machine to ensure prisoners don’t drink more than their allotted amount of liquid.

The tale reads like something Kafka might have dreamt up, but it’s rooted in reality, for Spinifex & Sunflowers is based on the author’s own experience working at the Curtin Immigration Detention Centre in Western Australia for several months. (Somewhat ironically, this is where Dr Munjed Al Muderis, one of the refugees who has written a book about his experience, was held.)

What Avan Judd Stallard presents in this book is an eye-opening account of a hidden world filled with petty cruelties, stupid rules and a cold-hearted attitude to real people.

It’s graphic and confronting in places, written in a blunt, choppy prose style using crude language designed to reflect the narrator’s machismo. Female colleagues are sexually objectified, there are brawls in pubs and a lot of hard drinking; everything, including the desert landscape, is harsh and confronting.

But for all its crudity, the book has an empathetic heart, for Nick has a conscience, a strong moral compass and sees the refugees in his care as human beings rather than numbers. He befriends them and learns about their lives and cultures in ways that are forbidden by the powers that be.

He also begins to see that he shouldn’t judge all his colleagues by appearances alone; some are good people who have simply become trapped by bad decisions or circumstances beyond their control.

We are all human

The overriding message of the novel is that we are all human and deserve to be treated with respect; it is the system and the policies that strip away dignity and pit people against each other.

It asks important questions about the ways in which we treat people fleeing persecution from their homelands, people who have every right to safe asylum but who have become caught up in a system that treats them inhumanely and strips them of their dignity. There but for the grace of God go I.

Spinifex & Sunflowers is grunge literature at its best. It might make for uncomfortable reading, but it deserves to be read by a wide audience. It was longlisted for the 2019 Colin Roderick Literary Award. You can read a sample chapter here.

I read this as part of my #FocusOnWesternAustralianWriters. You can find out more about this reading project here and see what books I’ve reviewed from this part of the world on my Focus on Western Australian Writers page.