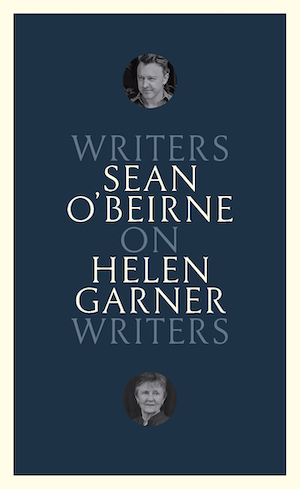 Sean O’Beirne is a Melbourne writer, so it seems fitting that he would write about Helen Garner, who is also a Melbourne writer. I’m not familiar with O’Beirne’s work, but according to the blurb, he wrote a satirical short story collection, A Couple of Things Before the End, which was shortlisted for several awards. He also works as a bookseller at Readings at the State Library Victoria.

In this essay, it’s clear he is a deep thinker and not afraid to write intimate details about himself, traits he shares with Garner.

His main thesis is that Garner writes a “closeness to self” that allows her to be completely honest and open, to say the things that others may think but never say, and in doing so this allows her to get closer to the truth.

He argues that she does this in both her fiction and her non-fiction. Her fiction, he says, is particularly close to the truth because much of it is based on her first-hand experiences or people she knows, and, indeed, Monkey Grip, her debut novel, was basically her diaries just with the names of people and locations and dates changed, something to which she confessed later on in her career.

He compares this approach with other writers, including himself, who may get to the truth but only by using fictional characters as a foil to say the things the actual writer would be too guarded to say in non-fiction. He puts it like this:

And I notice too that in this whole book I haven’t given you one specific incident, telling as me, about my family, my dad, my mum. About Mr and Mrs O’Beirne. I can’t, I can’t give them to you. But ‘Mr and Mrs O’Dingle’ — I’ll tell you what those people did. As soon as I make some new names, as soon as I get the freedom of some substitution, it is remarkable, I get a feeling in my head like all the lights coming on, my own lit-up feeling of permission.

He explains how it isn’t just as simple as the use of first-person narratives, of inserting an “I” in the story, to get to this truth. The use of “I” is to act as an eye witness, to give a “sort of limited verification” of being present, that “I was in the room, these things happened, I saw them”.

But for many writers, including Janet Malcolm whom he references (and whom I love), this is a device used to suggest that the writer is a “participant observer” and that they know about the subject and are reporting it with a level of intelligence.

But what Garner does, argues O’Beirne, is to go one step further and not be afraid to admit that she’s confused or frustrated or angered or is out of her depth in situations in which she is reporting. And in doing that, the veil of objectivity, of being a passive observer, is lifted.

The book looks at Garner’s novels and short stories as well as her non-fiction books to make these points. Anyone who is familiar with Garner’s back catalogue will enjoy the references.

I have not read much of Garner’s fictional work so these did not resonate as much as her narrative non-fiction, including The First Stone (read pre-blog), Joe Cinque’s Consolation, This House of Grief and her diaries. It does make me keen to explore those works of fiction, though.

The 10 books in the series are as follows:

And there’s a new one forthcoming: ‘On Tim Winton’ by Geraldine Brooks, which I will look forward to reading when it is available. 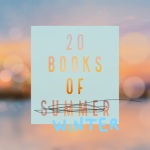 This is my 6th book for #20booksofsummer 2022 edition. I bought it earlier this year because I am a Garner fan and thought this would make for an interesting read.