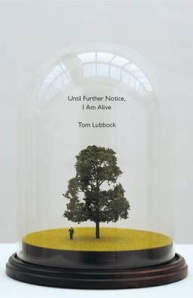 One of my greatest fears is to lose the ability to use language, to no longer be able to speak, think, read or write. This is exactly what happened to writer and illustrator Tom Lubbock, who was chief art critic at The Independent and made his living from writing. (In the introduction to this book, his wife, artist Marion Coutts, describes their home as a “word factory” — a phrase that will resonate with anyone who churns out or edits copy for a living.)

Lubbock’s condition was the result of a rare brain tumour situated in the left temporal lobe — the area of the brain responsible for speech and language. He was diagnosed in September 2008, told he had a year or two to live, and died in January 2011. He was 53.

This extraordinary memoir is not so much a day-to-day journal of his life after diagnosis but a philosophical account of what it is like to confront death. And it is also an illuminating account of how speech and language are central to our being — and how the loss of these skills can be puzzling, frustrating and frightening.

But this is not a glum book. Lubbock is suprisingly free of self-pity. The only times he ever expresses sadness is when he thinks of his young son, Eugene, who was 18 months old when he was diagnosed, and his wife, Marion. “All the future we won’t have,” he writes, “is utterly heartbreaking.”

A time to live and a time to die

Essentially Lubbock is resigned to his fate — in fact, he describes it as “interesting”, almost as if he is going on an adventure — and he understands that it is “not something I’m going to get through or over”.

Suppose I said: I can’t stand it — what would I do? This is not a marriage I can leave, a job I can resign, a country I can emigrate from, a prison I can try to escape. There are no terms to be come to. I could kill myself, so as to escape the intolerability of dying. Almost imaginable. I could try to get myself into a state where nothing that makes it matter to me does matter. Then I would be, in effect, already dead.

Perhaps his ready acceptance — or what sounds like ready acceptance — is helped in part by the lack of pain caused by the tumour (the brain has no pain receptors). For much of his illness he is in otherwise perfect health, apart from the occasional fit and the minor side-effects caused by his treatment.

But over time he begins to lose his language skills — and this, while not overly distressing nor unexpected, is obviously frustrating for one who relies on writing (and reading) to earn his living. He explains how he struggles to summon words when he writes and speaks, how sometimes the wrong words appear and his vocabularly gets mixed up and garbled.

Reading seems to have given up entirely. I listen to people on the radio, and I cannot repeat their words, nor can I grasp their points, but I can sort of recognise the articulations that are being made, they’re there, beneath the surface. And at some time, I suspect, my speech will simply fail. Or rather, it will fail first of all at one competence, and then at another.

Strangely enough, reading a memoir about a man dying is a life affirming experience; it makes you see things in a slightly different light and shows how we often live our lives blind to our own mortality.

And yet Lubbock claims “my story doesn’t make a good story”.

A good story would either be a steady descent towards death, or a total recovery. But I have had, probably will have, a fluctuating plotline, with ups and downs, recoveries, declines, rallies, with some kind of final wreckage or fade.

I beg to differ. For such a slim book, Until Further Notice, I Am Alive is weighty with wisdom, insight and intelligence. It’s unflinchingly honest and candid, but it also exudes a beautiful sense of calm and dignity. And it’s certainly the most profound book I’ve read all year.