It’s that time of year again: the longlist for the 2020 International Dublin Literary Award, the world’s richest literary prize, has been announced.

There are 156 titles on the list — from all corners of the world — all of which have been nominated by librarians, making it a proper “readers’ prize”.

Here are just a dozen titles, which I have reviewed on the blog over the past year or so. Note that inclusion here does not necessarily mean I recommend the book, only that I have read and reviewed it.

A Ladder to the Sky by John Boyne (Ireland)
Rip-roaring and deliciously entertaining read about a writer with questionable ethics.

French Exit by Patrick deWitt (Canada)
Delightfully kooky story about a matriarch fallen on hard times who flees to Paris with her adult son and a talking cat. 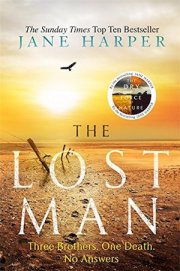 Too Much Lip by Melissa Lucashenko (Australia)
Brash and gritty novel about an aboriginal family fighting to save their land from development.

The Tattooist of Auschwitz by Heather Morris (Australia)
Best-selling tale based on the true story of a Slovakian Jew sent to Auschwitz-Birkenau in 1942. 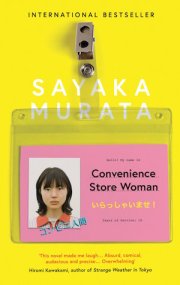 Convenience Store Woman by Sayaka Murata (Japan)
An ode to remaining true to your self when the rest of the world sees you as an outsider. 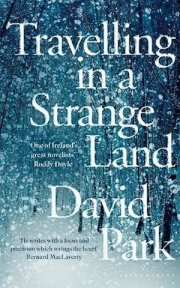 Travelling in a Strange Land by David Park (Ireland)
Evocative and gently written tale of a recently bereaved man driving across the UK in a snow storm to rescue his son who has fallen ill.

Normal People by Sally Rooney (Ireland)
Stylish, award-winning novel that follows an on-off romance between two Millennials over the course of four years.

Lullaby by Leila Slimani (France)
Confronting story that centres around a rather abhorrent crime carried out by a seemingly perfect au pair.

Drive Your Plow Over the Bones of the Dead by Olga Tokarczuk (Poland)
A crime story with a difference narrated by an eccentric older woman who lives in a remote Polish village.

The Shepherd’s Hut by Tim Winton (Australia)
Engaging, fast-paced story about a teenage boy on the run across the Australian outback.

The prize shortlist will be published on 2 April 2020, and the winner will be announced on 10 June. To find out more, and to view the longlist in full, please visit the official website. 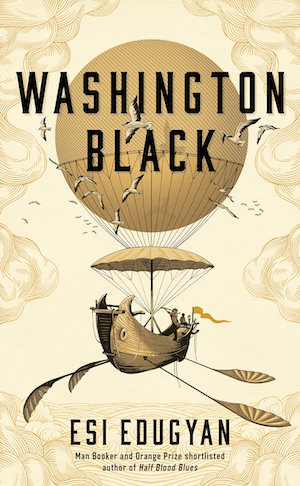 If you like your historical fiction with a good dose of adventure and a smidgen of romance then you really must put Esi Edugyan’s Washington Black on your list.

Shortlisted for both this year’s Man Booker Prize and the Giller Prize, this fast-paced story follows the life and times of George Washington Black, a young slave rescued from a Barbados sugar plantation by an unexpected source: the plantation owner’s younger brother.

“Titch” Wilde, who is a secret abolitionist and a mad inventor, needs someone of a certain weight to fly in his “cloud cutter” — one of the world’s first hot-air balloons — which he is building. Step forward 11-year-old “Wash”, who is taken from the care of Big Kit, the woman he doesn’t realise is his mother, and promptly elevated to Titch’s personal servant and confidante, changing the course of his young life forever.

Under Titch’s care, Wash not only discovers he has an extraordinary talent for drawing, he embarks on a wild journey that traverses oceans and continents in a bid to escape the slave catcher who wants him returned to Barbados.

A dizzying page-turner that takes in scientific polar exploration, the windswept beaches of Nova Scotia, the aristocratic manor houses of 19th century London, the canals of Amsterdam and the deserts of Morocco, this is a true adventure story that brims with menace and tension and love.

But it’s not a perfect novel. There are paradigm shifts, which seem to come out of nowhere and are disorienting for the reader. Some of these shifts feel too far-fetched to be believable and this serves to ruin the perceived authenticity of Wash’s tale. And then, when Titch disappears from the narrative at about the half-way point, suddenly the heart of the story — the mysterious and intriguing relationship between him and Wash — is gone: it’s like taking a cake out of the oven too early so that it collapses.

That said, Washington Black is a brilliant example of terrific storytelling. The characters are vivid and well drawn, the dialogue is authentic, the setting and period details pitch perfect. It’s an original and audacious plot-driven novel. And much like Edugyan’s previous novel, Half Blood Blues, it is a truly entertaining read. I enjoyed it immensely — but I had to suspend belief to do so. 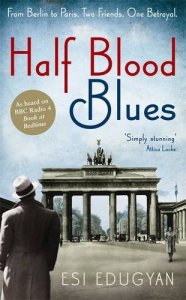 A book about jazz musicians living in Berlin during the Second World War isn’t something that would normally pique my interest. But this book has been nominated for every award going this year — the Booker Prize, the Giller Prize, the Governor General’s Literary Award for Fiction and the Writers’ Trust Fiction Prize — so I figured there must be something special about it. I was right.

The first thing that strikes you about this novel is the voice of its narrator, Sidney Griffiths, a black bass player from Baltimore who spent his formative years in Berlin during the 1930s and 40s. To give you a feel for how he talks, here’s how he describes the jazz band to which he once belonged:

Once upon a time we was the stuff. Played the greatest clubs of Europe, our five recordings as famous as anything. We had fans across the continent, played Austria and Switzerland and Sweden and Hungary and even Poland. Only reason we ain’t never gigged in France was cause Ernst, a proud son of a bitch, he held a war-based grudge. Lost it soon enough, when old Germany started falling apart. But before that our band was downright gold, all six of us: Hieronymus Falk on trumpet; Ernst ‘the Mouth’ von Haselberg on clarinet; Big Fritz Bayer on alto sax; Paul Butterstein on piano; and, finally, us, the rhythm boys – Chip Jones on drums and yours truly thumbing the upright. We was a kind of family, as messed-up and dysfunctional as any you could want.

When the story opens Sid is an old man. It’s 1992 and his fellow band member, Chip, is accompanying him to the German premiere of a film about Hieronymus Falk. Hiero, the youngest member of their band, was largely regarded as a musical protégé, but he died in Mauthausen Concentration Camp. The documentary explores events leading up to his arrest by the Nazis. It also accuses Sid of a great betrayal, something which takes him somewhat by surprise.

But all is not as it seems. Like the legend of Elvis, there are rumours that Hiero is still alive.

‘What really happened to Hieronymus Falk’ become something of a journalist sport. All sorts of nonsense started up.

When Chip reveals that he’s received recent correspondence from Hiero, he and Sid go on a heart-wrenching adventure to find him. During their trip — by bus through a rather grim pre-European Union Poland — Sid slowly comes to accept that his past has finally caught up with him but is struggling to know how to deal with it.

The narrative swings back and forth across time — from Berlin and Paris during the war, and Berlin and Poland 50 years later — but events are always seen from Sid’s point of view. It’s a fascinating account of one man’s experiences — his love affairs, his musical rivalries and fierce jealousies (especially of Hiero), his guilt and much-too-late atonement for one cruel act that he can never take back.

These temporal shifts allow us to see the ways in which Sid has grown and changed as a character. The young Sid is plagued by self-doubt and envy; the older Sid is comfortable in his skin until his conscience and regret get the better of him.

While the book is littered with jazz references, I tended not to view this as a “jazz novel” — I’m not knowledgeable enough to cast comment on its authenticity or otherwise — but I did enjoy the way Edugyan brings the music to life through her prose.

Hiero thrown out note after shimmering note, like sunshine sliding all over the surface of a lake, and [Louis] Armstrong was the water, all depth and thought, not one wasted note. Hiero, he just reaching out, seeking the shore; Armstrong stood there calling across to him. Their horns sound so naked, so blunt, you felt almost guilty listening to it, like you eavesdropping. After some minutes Chip stopped singing, left just the two golden ropes of sound to intertwine.

But for me, the heart of this novel is the way in which Edugyan shines a spotlight on a subject not much explored in modern fiction — that of black people living in Aryan Germany. Here’s how one character explains it:

‘Life for black people under the Third Reich,’ he said through his nose, ‘was extremely contradictory. This is because there were so many different types of black people, and their treatment depended on what group they belonged to. For instance, you had the children of the African diplomats who’d come to the country during its colonial period. You had African–American performers, the opera singer Marian Anderson and jazzmen like Charles Jones and Sidney Griffiths, who, like their counterparts in Paris – Josephine Baker, Arthur Briggs, Bill Coleman and the like – all came to Europe to get away from the overwhelming racism prevalent in the southern United States in that era. The Jim Crow laws, in effect from the late 1800s right into the 1950s, barred blacks from active participation in society. In the twenties Europe was still a place black entertainers could come to earn a good living. Especially in Germany, whose borders were kept open to foreigners due to the Versailles Treaty. Also, the loss of the First World War had brought about a whole new artistic movement. The market for jazz had grown tremendously, and there was a decent following.’

While Half Blood Blues is not a perfect novel, I can’t help but respect Edugyan’s accomplishment. She’s attempted a risky endeavour by giving herself some high aims. Not only does she write the entire book in a Creolized voice, she focuses on jazz musicians against the backdrop of the Third Reich. She then fleshes out a very strong cast of characters, throws in a page-turning plot — Is Hiero alive or not? Did Sid really betray him? — and uses a complex structure to tell her story.

Half Blood Blues has been shortlisted for this year’s Giller Prize — and I’d like to think she might just win it. For other takes on this novel please see KevinfromCanada’s review and The Mookse and the Gripes’ review.