Sometimes I pick up a book and it so perfectly matches my mood that I immediately fall in love with it. This is what happened with Josephine Wilson’s debut novel, Cusp, a serendipitous find in my local independent bookshop earlier this week. (Wilson’s second novel, Extinctions, won the Miles Franklin Literary Award in 2017.)

Set in 1990, Cusp tells the story of a mother and daughter trying to recalibrate a sometimes fraught relationship.

Lena Hawkins is 27 and has spent the best part of 18 months in New York, trying to reinvent herself as an art curator but is cleaning people’s homes instead and doing admin work because she doesn’t have a Green Card.

Her mother, Mavis, is half a world away — in Perth on the Western Australian coast — and she’s desperate for her daughter to return home. “Come soon,” she beseeches on the phone, before putting $900 on Lena’s Visa card to buy a flight. “Pack up properly, just in case a good job comes up. Or you meet a man. Or something,” she tells her daughter.

Back in Perth, in the height of an Australian summer, Lena finds herself hauled back to a past she’d rather forget, while Mavis struggles to make her daughter see what is right before her eyes. 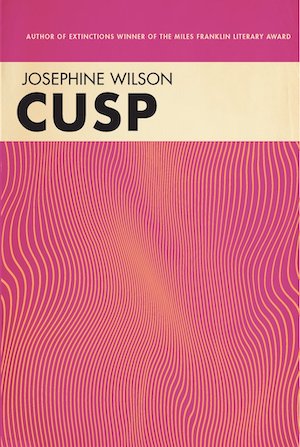 The beautifully layered narrative, which is composed of vignettes and flashbacks, some set in New York and some in Perth, moves effortlessly between past and present and between two very different points of view — that of Lena’s and that of Mavis’s — from two vastly opposed generations.

What results is a complex picture of two lives inexorably linked but never quite working in unison. There’s a failure to understand one another. Mavis, who had Lena when she was 41 at a time when most women had their children in their 20s, can’t comprehend many of Lena’s life choices. Why did she drop out of university? Why did she have her heart set on such a flimsy career? Why did she go to New York instead of London like every other Australian wanderer? Why hasn’t she found a nice man yet?

While Lena doesn’t understand why her mother settled for such a boring domesticated life and why, now that her father has died (prematurely of a heart attack a few years earlier), she hasn’t used her new-found freedom to do something more exciting. Why, for instance, did she sell up the family home but move to a smaller unit in the same suburb? Why hasn’t she escaped the city she’s always complaining about? Why is she so intent on cleaning things up and throwing things away?

Portrait of a mother-daughter relationship

As well as a wonderful portrait of a mother-daughter relationship, with all its complexities, misunderstandings, tension and love, this book is also an insightful look at the impact of time and place on our lives and the ways in which our personalities and opinions can be shaped by experience, particularly travel.

There are some hard-hitting moments in Cusp, but it’s also full of vividly funny dialogue that often had me laughing out loud.

The characterisation is also superb: both Mavis and Lena feel truly authentic with their flaws and foibles, their little ways and viewpoints, and their inner monologues a curious mix of self-doubt and self-belief. I loved spending time with them.

Funny, poignant and wonderfully compelling, Cusp explores what it is to belong, to be loved and to find your rightful place in the world.

This is my 17th book for #AWW2019. I also read it as part of my #FocusOnWesternAustralianWriters. You can find out more about this reading project, along with a list of Western Australian books already reviewed on the site, here. Unfortunately, if you are based outside of Australia you may have trouble buying this book. I recommend searching for used copies on BookFinder.com, or you can always buy direct from the publisher UWAP, which has a flat international shipping fee.

4 thoughts on “‘Cusp’ by Josephine Wilson”