In honour of St Patrick’s Day I thought I’d put together a list of Irish novels — with a difference.

While I would never presume to know what you have read or not read, here are five Irish novels that you may not have heard of. All are excellent reads and deserving of a far wider audience.

The books have been arranged in alphabetical order by author’s name — hyperlinks will take you to my full reviews:

The Pilgrimage was banned by the Irish Censorship Board upon publication in 1961. I’m not surprised. Even now it has the power to shock. Set during the 1950s, it is about what happens to ordinary men and women when the Catholic Church tries to control sex and sexuality. And it peels back the facade to show how women and gay men were affected by the hypocrisy at the heart of its religious doctrine. The story is largely told through the eyes of an upstanding Church-going woman who has a secret life in which she seeks out casual encounters with strange men, the consequences of which are rather devastating… 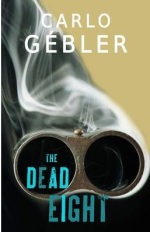 Carlo Gébler’s The Dead Eight is based on a true story in which police framed an innocent man for the murder of a prostitute in rural Ireland in 1940. The man, Harry Gleeson, was hanged at Mountjoy Prison the following year. Gébler’s dramatic retelling of events is less about Gleeson and more about the murder victim, Moll McCarthy, who was found lying in a field with two fatal shotgun wounds — in fact, one side of her face had been blown away. Mixing fact with fiction, this is a riveting tale about an impoverished and uneducated woman who became an unwitting pawn in a dangerous game involving the IRA and the police. 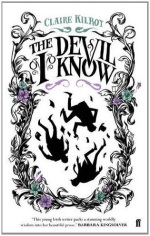 The Devil I Know is an extraordinarily funny satire about the collapse of the Irish economy following the 2008 global financial crisis. This Faustian tale is set over 10 days in March, 2016, when Tristram St Lawrence, 13th Earl of Howth, is giving evidence at a public inquiry into the collapse of the Irish economy. His lurid, fantastical tale, which is laugh-out-loud funny in places, highlights the stupidity, idiocy and foolhardiness of a succession of builders, bankers, politicians, developers and businessmen who put their own greed above all else. This is a morality tale of the finest order.

Leaving Ardglass is about two Irish brothers whose lives follow vastly different trajectories. When the younger brother, Tom, the narrator of the story, heads to London in the summer of 1961 to work on the construction sites run by his older brother, much of what he witnesses challenges his value system and opens his eyes to the ways of the world. The story is shocking in places, but its depiction of the truly tough and knockabout lives that Irish immigrants were forced to live at the time is unparalleled — and incredibly moving. It’s one of the best Irish novels I’ve ever read.

The Last Fine Summer is set in rural Ireland in the mid-1990s. It is narrated by Tim, a 29-year-old school teacher, who is grieving over the loss of his much younger lover, whom he addresses directly in a series of letters. This narrative is undercut with the story of Tim’s previous love affair with his best friend 10 years earlier. Much of the story is about teenagers finding their feet, negotiating that “last summer” when school ends and the rest of their lives begin, but it’s also about the relationship between fathers and sons. Sadly, the book is out of print, but it’s worth hunting out second-hand copies, because this is a powerful novel about love and loss, death and remorse. It is John McGahern-like in its depiction of the passing seasons, of rural life, close-knit communities and the ways in which education can help you rise above your circumstances.

Have you read any of these books? Or can you recommend another Irish novel that deserves a wider audience?