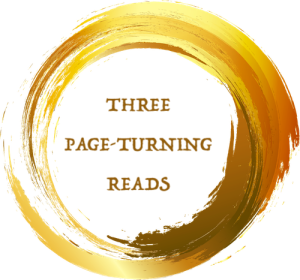 Looking for a quick read, something that’s compelling and difficult to put down?

Here’s three — a literary novel, a psychological thriller and a true crime story — that I’ve read recently that may well fit the bill.

‘Cape May’ by Chip Cheek 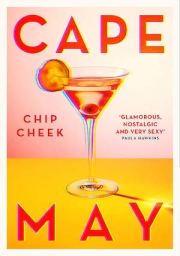 This stylish and accomplished debut novel is a brilliant evocation of 1950s America (one of my favourite settings) and is highly reminiscent of Richard Yates in tone and theme with a smattering of F. Scott Fitzgerald thrown in for good measure.

It tells the story of a young couple, Henry and Effie, on honeymoon in Cape May, a seaside resort at the tip of southern New Jersey. It’s out of season and the couple appear to have the entire town and beach to themselves, but then they notice lights on in a house just down the street and find themselves drawn into the strange world of a trio of intriguing characters: Clara, a socialite; Max, her wealthy playboy lover; and Alma, Max’s aloof and pretty half-sister. Over the course of the next couple of weeks, the newly married couple experience life lived on a whole new level — with numerous sailing trips, glamorous dinner parties and all-night drunken revelry — but this heady time comes at a cost, for seduction, betrayal and heartbreak await.

Compulsively readable, with great characters and snappy dialogue, Cape May begins as a sweet story of new love before it morphs into a seedy and sexually explicit tale of lust, desire and hedonism. It’s certainly not for the prudish, but as a fast-paced entertaining read — perfect for the beach or holiday — they don’t come much better than this. My only criticism, apart from the over-done sex scenes, is that the ending, charting the lives of Henry and Effie long after the honeymoon is over, feels slightly tacked on, but nonetheless this is a terrific page-turning read!

‘Under Your Skin’ by Sabine Durrant 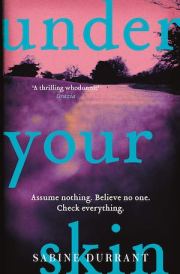 Tautly written psychological thrillers featuring morally dubious characters don’t come much better than the ones penned by London-based writer Sabine Durrant. This is the third Durrant I’ve read (you can see previous ones here) and it certainly won’t be the last.

In Under Your Skin breakfast TV presenter Gaby Mortimer finds the body of a murdered woman lying in bushes when she is out on one of her early morning runs across Clapham Common. She does the right thing and calls the police, but later she is arrested for the crime, setting into motion a whole chain of events, which results in Gaby being hounded by the press, losing her job and then being ostracised by all who know her.

Written in the first person, present tense, the narrative moves along at a cracking pace as Gaby, a happily married middle-class working mother, tries to defend her innocence alone while her hedge fund husband heads abroad unaware of his wife’s predicament. There are lots of twists and turns in the plot and half the fun is guessing the would-be murderer — is it Gaby’s live-in nanny, her long-time stalker or one of the journalists she befriends to tell her side of the story? The denouement is suitably unexpected and shocking, making for a terrific end to a truly compelling read.

‘Day 9 at Wooreen: Kidnapped with nine Children — A True Account of the Crime that Shocked Australia’ by Rob Hunter 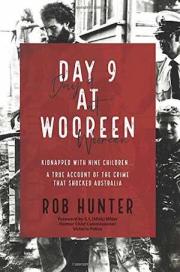 In 1977, not far from the small Australian town I grew up in, an entire primary school — one teacher and nine students — were kidnapped at gun point from Wooreen in South Gippsland. The kidnapper, Edwin John Eastwood, had escaped prison and carried out a similar kidnapping (of another remote one-teacher school) some five years earlier.

This audacious and shocking crime is told from the point of view of the teacher, Rob Hunter, who was nine days into his first job after finishing university. It’s a gripping and carefully written account of what would be a terrifying experience for anyone, let alone a “green” teacher with nine youngsters under his care.

Though the story is very much focused on the frightening minute-by-minute events of the two-day ordeal, Hunter weaves in his thoughts about what it is like to survive a traumatic event and how it shaped the rest of his life. He now travels to schools teaching students how to cope with their own hurts and traumas (you can read about that here).

For me, reading this book answered a lot of questions about exactly what happened and where —all the places mentioned here are totally familiar to me. And though I went to secondary school with several of the survivors, what happened to them was never something openly discussed. This book also made me realise what it must have been like for my own dad who was a teacher at a one-teacher school around the time of Eastwood’s first kidnapping: every sound of a strange car door slamming outside must have sent the safety radar into overdrive!

My copy of Day 9 at Wooreen is self-published, but I believe the book has been picked up by Wilkinson Publishing in Australia and is due for reprinting soon, but you may be able to pick up a copy via Amazon.

You can find out more about the Wooreen kidnappings via this short YouTube clip:

Have you read any page-turning reads lately?

Leave a Reply to Claire 'Word by Word' Cancel reply