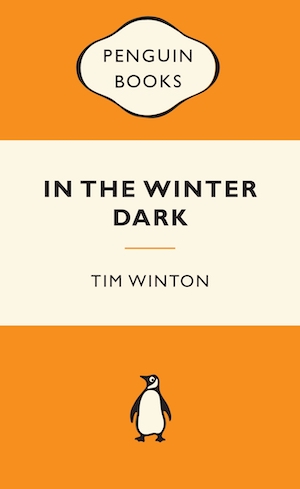 First published in 1988, Tim Winton’s early novella In the Winter Dark is a brilliant slice of Australian Gothic.

It builds on the myth of exotic big cats prowling the Australian bush to create a compelling tale of suspense and intrigue, one that is easily read in a single heart-in-the-mouth sitting.

Set in a deeply forested valley called Sink that has just three houses, a swamp and a river, it tells the story of four neighbours who are fearful of a mysterious creature prowling around their properties. It kills a small pet dog first, eats out the throat of a kangaroo that is found stuck in a fence and decimates a flock of Muscovy ducks and a goat. Later, a flock of 20 sheep is disembowelled. 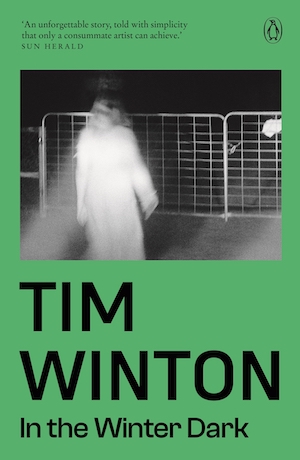 Tension within the residents builds, not least because there are fears the creature may take a human next, but there are differences of opinion about how to handle the threat.

Old sheep farmer Maurice, who grew up in the valley and has lived with his wife, Ida, for decades, thinks it’s best to take matters into their own hands. He has a shotgun and knows how to use it.

But his neighbour, Murray Jacobs, who has recently sold his lawnmower business in the city to buy the old homestead set amongst orchards, wants to call in the authorities — someone from the shire council or maybe the police.

While Ronnie, a young drug-addicted woman who lives on the other side of the valley, just wants it sorted: she’s got other things to worry about such as the impending birth of her baby and whether her musician boyfriend will ever return from touring.

When the story begins, this quartet of diverse and distinctive characters barely knows each other; by the end, they are very well acquainted — whether they want to be or not.

Told partly in the first person from Maurice’s point of view and the rest in the third person, the narrative flits around from character to character, sometimes feeling disjointed and confused.

I often had to re-read paragraphs to ensure I understood what was going on. But I think this disorientation is deliberate because it means you’re not sure who to trust or what to think about the dangerous creature supposedly lying in wait. Does it actually exist? Or is there a more rational explanation for the deaths of the farm animals?

He stopped, though, when something caught his eye. Something red. The wet-stiff grass seemed to shiver. Jacob reached for a stick. As he climbed through the fence, the stick snagged in the wire and he fumbled a second and left it there. From across the road, in the tall grass, he heard panting. Well, it might have been panting. He stood there in the road, wishing he could just walk away, but he was afraid to turn his back. Whatever it was, it was moving again. He could see its slow passage through the grass.

The claustrophobic atmosphere is enhanced by the setting. As ever in a Winton story, the landscape is a character in its own right. This time it’s the forest comprised of tall jarrah trees, which evoke that “big church feeling” and are shrouded in mystery thanks to “all those fairy tales […] all those stories we brought with us from another continent, other centuries”.

There’s no neat conclusion to In the Winter Dark, but it does have a dramatic ending — which is foreshadowed on the first page in which Maurice states he often feels “all hot and guilty and scared and rambling and wistful” when he thinks back on what happened 12 months earlier…

I just sit here and tell the story as though I can’t help it.

The film adaptation of In the Winter Dark, starring  Brenda Blethyn, Ray Barrett, Richard Roxburgh and Miranda Otto, was released in 1998 and was nominated for three AFI awards. Dark and moody, it is faithful to the book. You can watch it on YouTube:

I read this book as part of my #FocusOnWesternAustralianWriters. You can find out more about my ongoing reading project here and see what books I’ve reviewed from this part of the world on my Focus on Western Australian page.

14 thoughts on “‘In the Winter Dark’ by Tim Winton”