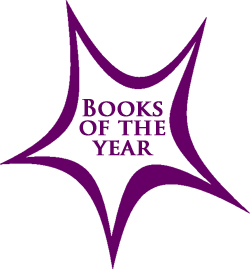 What a reading year it has been!

As you’ll no doubt know, I challenged myself to read Australian literature all year — and what an enjoyable, entertaining, intriguing and wonderful exercise that turned out to be. The scope and range of the books I read — both fiction and non-fiction — never ceased to amaze and delight me, so much so I’ll write a separate post about it at a later date.

During the year I also read a handful of Canadian books, thanks to my participation in the Shadow Giller Prize (which I’ve been doing every year since 2011), and five amazing British titles thanks to my involvement in shadowing The Sunday Times/Peters Fraser & Dunlop Young Writer of the Year Award 2016.

All up I read around 65 books, which is substantially fewer than my usual yearly average of around 75 to 80. (I can only blame excessive use of Twitter sucking up all my time, a lot of extra-curricular freelance editing on top of the day job in the first six months of the year, and two changes of day job, one in May and one in October.)

Choosing my favourite ten reads was no mean feat. I read so many great books. But here are the ones that have left a lasting impression (note they weren’t all published this year).

The books have been arranged in alphabetical order by author’s surname. Hyperlinks will take you to my full review.

Floundering by Romy Ash (2012)
A woman “kidnaps” her two sons from the grandparents who are raising them and takes them on a road trip one hot Australian summer. It’s narrated by the youngest son, who soon realises their holiday by the sea isn’t all it’s cracked up to be. Heartbreaking and poignant, I loved this book and still think about it almost a year after reading it.

‘Panthers & The Museum of Fire’ by Jen Craig  (2016)
This bold experimental novel is set on a summer’s afternoon as the narrator walks across Sydney to deliver a manuscript to a bereaved family. It’s written stream-of-consciousness style and is unlike anything I’ve ever read before. I was gripped from the first line. 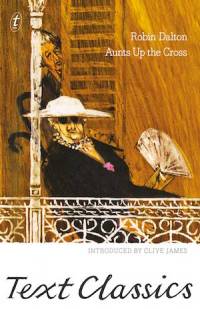 Aunts Up the Cross by Robin Dalton (1965)
This delightful memoir had me tittering away at every madcap episode and anecdote related in Dalton’s droll, self-deprecating prose. Her tale about growing up in an unconventional household in Sydney’s King’s Cross in the 1920s and 30s is by far the most cheerful thing I read all year. I loved it.

Talking to My Country by Stan Grant (2016)
Another memoir, this is the one every Australian should read to find out what it’s like growing up as an indigenous person in a culture so firmly rooted in white colonialism. It’s also a frank examination of black and white relations, and Australia’s failure to reconcile its shared and troubled history. It’s the book that has had the most marked impression on me this year. 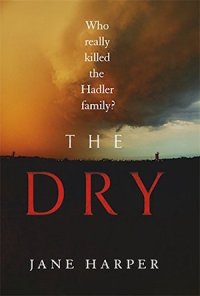 The Dry by Jane Harper (2016)
One of the best crime novels I’ve read in years, this one — set during the worst drought in a century — rips along at a fair pace and has enough red herrings to keep the most jaded reader guessing. And it’s wonderfully evocative — of both the Australian landscape and the people who inhabit small, rural communities. 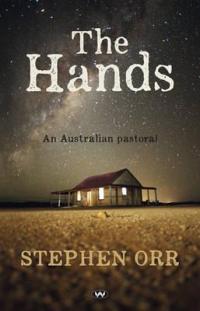 The Hands: An Australian Pastoral by Stephen Orr (2015)
This is — hands down (pun sort of intended) — my favourite novel of the year. In quiet, understated prose Orr presents three generations of the one farming family eking out a living on a remote cattle station in the Australian outback over the course of two years (2004 to 2006). It is, by turns, charming, funny and deeply moving, reminding me very much of the eloquent fiction of the late Kent Haruf.

True Country by Kim Scott (1999)
This extraordinary debut novel — Scott has since won the Miles Franklin Literary Award twice —  tells the story of a young teacher who moves to a remote settlement in Australia’s far north to take up a job at a local school. The community is plagued with problems, but Billy sees beyond that and finds himself coming to terms with his own Aboriginal heritage and forging rewarding relationships with the people and the landscape around him.

The Last Painting of Sara de Vos by Dominic Smith (2016)
A page turner of the finest order, this clever story largely revolves around a painting by a (fictional) 17th century Dutch painter, the first woman to ever become a member of the Guild of Saint Luke in Holland. Spanning three centuries and three cities, it begins as a crime story before it morphs into a mystery-cum-thwarted-romance-cum-cat-and-mouse-suspense tale. It’s a hugely entertaining read.

Reckoning: A Memoir by Magda Szubanski (2016)
This is the third memoir to make my top 10! It is a wonderfully entertaining account of Magda’s life lived in the shadows of her Polish father, an assassin during the Second World War. As an exploration of a father and daughter relationship, it is superb; as an examination of the personal legacy of war and the way that legacy filters down through the generations, it is extraordinary. But it’s also a moving account of Magda dealing with her own demons, including depression and coming to terms with her sexuality.

The Natural Way of Things by Charlotte Wood (2015)
A rare example of a book matching the hype, I loved Wood’s thought-provoking take on a dystopian world in which woman are imprisoned for their involvement in sexual “crimes” and misdemeanours. Written in a cool, detached voice throughout, the story follows a group of prisoners and their jailers over the course of a year. Fuelled by a quiet rage, this book rails against modern misogyny and should be required reading for men and women everywhere.

I’d also like to award honourable mentions to two more books, both of them non-fiction: Walking Free by Munjed Al Muderis (2014) and Big Blue Sky by Peter Garrett (2015) (review forthcoming). These made me see the challenges facing refugees and politicians, respectively, in a whole new light.

Have you read any from this list? Or has it encouraged you to try one or two? Care to share your own favourite reads of 2016?

I’m taking a little blogging break, but before I go I’d like to thank you for your valued support during this past year. Whether it was by sending me an email, visiting this blog or Reading Matters’ Facebook page, leaving a comment, clicking “like” icons or linking back to me from your own blog, it’s all very much appreciated and makes the whole experience of running this blog so much more enjoyable.

Here’s wishing you a fabulous book-filled New Year! And I hope to see you back here for more literary chat and great book recommendations in mid-January.