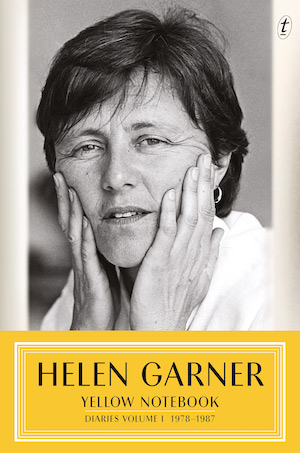 I’ve started to write, without thought of form: it keeps coming, I am happy and no longer straining after effect. But each morning I set out for my office weak with fear. I will never be a great writer. The best I can do is to write books that are small but oblique enough to stick in people’s gullets so that they remember them.

If you are familiar with the work of Australian writer Helen Garner you may be surprised by this journal entry, penned in 1983, because it reveals a confronting truth: that early on in her career she was plagued by self-doubt and had resigned herself to never achieving critical success.

Of course, we now know that not to be the case. Garner has achieved rare critical and commercial success over the past 30-plus years — more for her non-fiction than her fiction, it has to be said — but she was on the money about writing stuff that “sticks in people’s gullets” for it’s fair to say she is not beloved. If anything, Garner is a polemic writer, often courting controversy for what is seen as her biased reporting.

I make no bones about being a fan. I particularly like her true-crime reportage (This House of Grief and Joe Cinque’s Consolation are stand-out books in this genre) and the way she tackles the truth — as she sees it — disclosing her own feelings without fear or favour.

When I read her essay collection, Everywhere I Look, published in 2016, I fell in love with her personal diary extracts “all written with the elegance and undiminished wonder of a true writer who revels in the extraordinariness of the every day”. Any wonder then, that I was completely enamoured by her latest book, Yellow Notebook: Diaries Volume 1, 1978–1987, published by Text last month.

The quote at the top of this review is but one example of Garner’s extraordinary self-awareness and of her ability to be critical of her own talents and shortcomings as a writer.

Her take on leading a creative life, the all-consuming nature of it, the self-doubt and the courage of baring your soul to the world, is in sharp relief to her own personal struggles: the tedium of growing old, the loneliness of being in an unhappy marriage, the pain of a divorce and the fear of never finding love again, mixed in with the small joys of raising a daughter.

The entries are not what you might expect of a typical diary. There are no dates (apart from the year) and some entries are no more than a single sentence. But my, how each entry, each sentence sparkles and shines. She captures the minutiae of daily life in a remarkable way, using the tiniest of details to elevate seemingly ordinary occurrences into scenes of extraordinary power.

K and I ate room service food, sitting on the edge of the single bed like two good children.

Her writing is sublime and pithy. It’s confronting and raw and funny and makes you look at the world, domestic and familial, in a fresh, new way. The entire book is totally immersive and a joy to read.

Through the simple art of recording daily thoughts and experiences, Garner hones her writing skills and her powers of observation. Budding writers or anyone interested in the creative process could do worse than read Yellow Notebook: it’s compelling and insightful and full of the lovely, rich detail that makes a writer’s prose come alive. It’s a masterclass in anecdotal writing.

Personally, I cannot wait for follow-up volumes to be produced. If they are anything like Volume I, they will be exceptional reads.