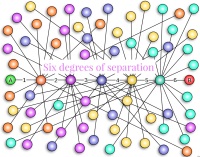 How can it be July already? June whizzed by so quickly that I forgot all about Six Degrees of Separation, a book meme that runs the first Saturday of every month that is hosted by Kate from booksaremyfavouriteandbest, so this one has been put together in rather a hurry!

As ever, click the book titles to read my review of that book in full.

The starting point is:

This is one I haven’t read, although a copy has been sitting in my TBR for more than 10 years!  From what I gather it is a book about art, which is one of my favourite fictional subjects, set in New York.

Another book about art is…

This is a wonderful page-turning tale revolving around a painting by a (fictional) 17th-century Dutch painter, the first woman to ever become a member of the Guild of Saint Luke in Holland. It spans three centuries, is set in three cities — New York, Amsterdam and Sydney — and begins as a crime story about an art forgery before morphing into a mystery-cum-thwarted-romance-cum-cat-and-mouse-suspense tale.

Another book about art forgeries is… 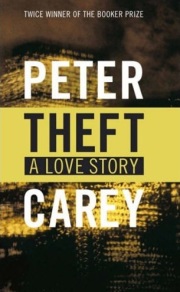 I don’t always get on with Carey’s work, but I really enjoyed this romp which follows the lives of two very different Australian brothers, one of whom is a wayward artist. Spanning rural Australia, Sydney, Tokyo and New York, the brothers have various run-ins with art dealers, collectors, critics and curators.

Another book about brothers is… 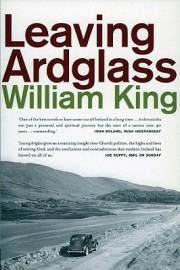 MJ and Tom Galvin have different morals, but become successful in their chosen fields — construction and property development for MJ, the priesthood for Tom. The story is narrated by Tom, a parish priest, looking back on the summer of 1961 when he went to work for MJ’s construction company in London. What Tom experiences as a builder challenges his value system and the ways in which he views his brother. It’s a compelling story about loyalty, corruption and human greed.

Another book about corruption in the Irish property market is… 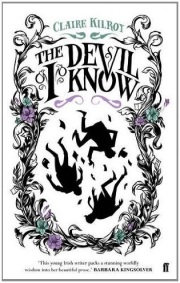 This satire is set over 10 days in March, 2016, when Tristram St Lawrence, 13th Earl of Howth, is giving evidence at a public inquiry into the collapse of the Irish economy. What unfurls is a dark tale of greed, hubris and deception involving speculative development, corrupt politicians, prostitution and international money lending. 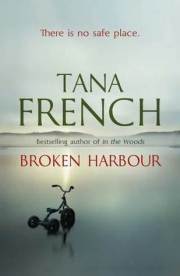 The story is essentially a locked room murder mystery: a young man has been stabbed to death in the family home on a “ghost estate” in Ireland, which has been abandoned midway through construction. His two children have been smothered in their beds and a fourth victim is in intensive care but is not expected to recover. There are no signs of forced entry. This abhorrent crime is put into a social context: what part did the rampant consumerism and the subsequent credit crunch have to play in the deaths of one man and his two young children?

Another locked room novel is… 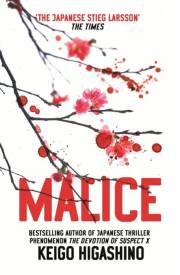 I love Higashino’s work, which turns the crime genre on its head. This one is no exception. It tells the story of three men: two professional rivals, one of whom murders the other, and the police detective who investigates the crime. The crime was committed in a locked room within a locked house, so how did the killer get inside? As the investigation unfolds it transforms into a fast-paced cat-and-mouse game between the detective and his chief suspect. It’s a terrifically entertaining read.

So that’s this month’s #6Degrees: from a story about art in New York to a murder mystery in Japan, linked via art, art forgery, brothers, Irish property development, the collapse of the Celtic Tiger and a locked room mystery.

Have you read any of these books? Care to share your own #6Degrees?

14 thoughts on “Six Degrees of Separation: From ‘What I Loved’ to ‘Malice’”